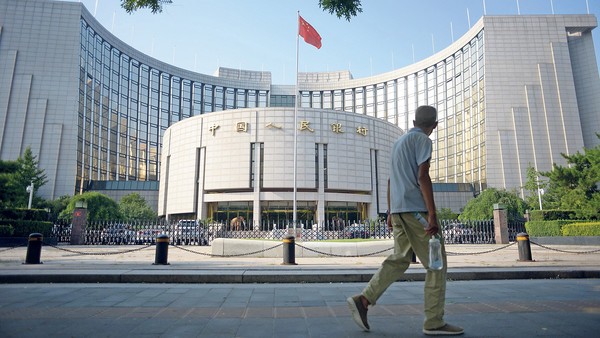 When China’s cabinet announced a Rmb4tn economic stimulus at the height of the global financial crisis in November 2008, the plan was widely praised as a vital contribution to supporting the world economy.

Seven years later, the legacy of that programme is decidedly mixed. The burst of spending on infrastructure and new manufacturing capacity propelled the economy to 9.8 per cent average annual GDP growth in 2009-2011 and also buoyed the economies of resource exporters such as Australia and Brazil by boosting demand for industrial commodities.

But the stimulus also led to a vast increase in debt. McKinsey, the business consultancy, estimates that total debt — including the household, corporate, financial and government sectors — quadrupled from $7.4tn at the end of 2007 to $28.2tn by mid-2014. As a share of GDP, Chinese debt rose from 158 per cent to 282 per cent in the same period.

Most analysts do not believe China will suffer an acute debt crisis. Instead, the fear is of a Japan-style scenario in which state-owned banks roll over unpaid debts to unprofitable “zombie” companies in a strategy of “extend and pretend”. As corporate cash flows are increasingly used to service old debts, growth will suffer as less money is available to finance new investment.

China’s leadership has taken a series of steps over the past year to bring debt under control. The most important has been the creation of a municipal bond market.

During the stimulus period, local governments borrowed heavily through special-purpose investment vehicles to circumvent a legal ban on local borrowing. Last year, in an effort to “close the back door and open the front door”, the government eliminated this ban and allowed provinces to issue bonds directly. The finance ministry sets debt quotas for each province, limiting the total amount of new debt.

In addition to the run-up in borrowing, China’s debt problems are compounded by falling prices, particularly in the manufacturing sector. Deflation increases the real burden of servicing debts as companies struggle to repay debts fixed in nominal terms even as their revenues decrease.

Ms Wang also believes that corporate restructuring — including liquidation of excess manufacturing capacity — as well as monetary easing is necessary to reverse deflationary trends. But that is politically difficult. Local governments have traditionally resisted the closure of unproductive factories because it involves both the laying off of workers and sacrificing tax revenue.

Reducing the flow of new debt, lowering debt service costs and boosting inflation are all necessary to address China’s debt challenge, but they are not sufficient, analysts say. The final piece of the puzzle is accepting that some debt cannot be repaid. That means greater tolerance of defaults and write-offs.

For years, China’s government — fearing the impact of default on financial stability and economic confidence — has used bailouts and debt rollovers to prevent this scenario, especially for state-owned enterprises where debt problems are most severe.

“The agency expects defaults by SOEs to become less uncommon in China’s corporate bond market, but still sporadic and isolated, as controlling systemic risk remains a top priority for the Chinese government while the economy remains soft,” Fitch said in a report.

The rise in defaults is also leading to opportunities for distressed debt investors. Foreign debt investors played a modest role in China’s last round of large-scale debt restructuring in the late 1990s and early 2000s, when state-owned banks offloaded trillions of renminbi in bad loans from their balance sheets in preparation for stock market listings.

So far, there is little evidence that foreign investors will be welcome this time round, given the political sensitivity of selling off state-owned assets to foreigners.