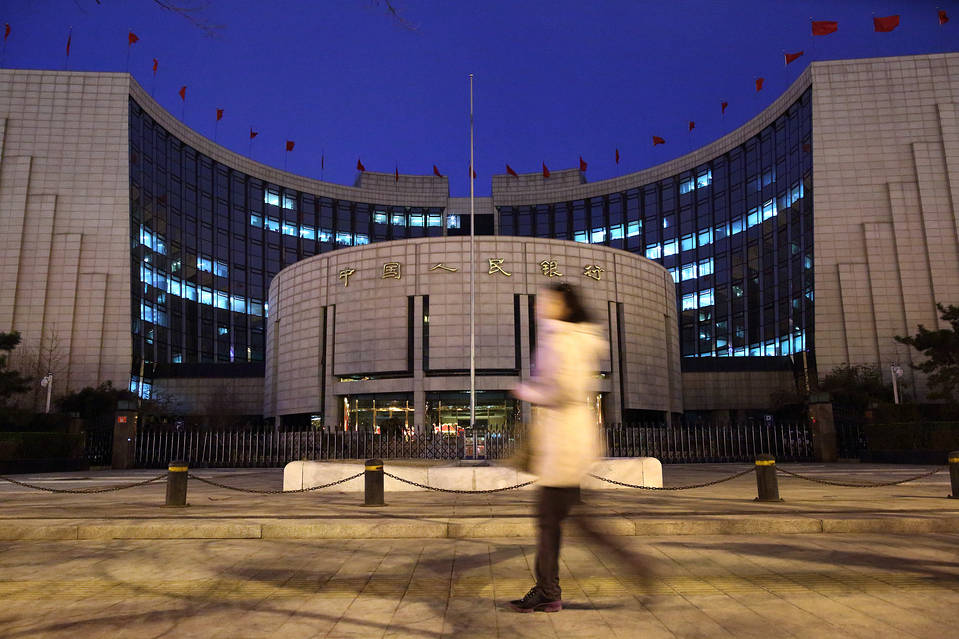 BEIJING—China has long controlled its financial system through floors and ceilings on interest rates. Now get ready for its interest-rate corridor.

The new approach — described in a recent statement from China’s central bank — marks Beijing’s latest effort to make its financial system more market-oriented and more responsive to the country’s needs. It comes as evidence shows that borrowing costs for many Chinese companies remain stubbornly high even after China cut interest rates six times over the past year to prop up sagging growth.

The People’s Bank of China essentially plans to adopt a new, more market-oriented benchmark rate to replace its current guide, which is the one-year deposit rate controlled by the central bank. To prevent too much volatility in the new benchmark rate, the PBOC intends to put a ceiling and a floor — together called a corridor — to the rate.

If successful, the new approach would bring it more in line with how other central banks work. The trick, say experts, will be getting it to work in a country where money and credit have long been determined more by government fiat than market forces.

China historically used government-set interest rates and lending quotas to push money into its financial system as needed. The system limited how much depositors could earn from their bank accounts and kept banks from undercutting each other on loans. Combined with government-set lending quotas, the controls kept Beijing’s hands fully on the grip of China’s financial levers.

But that system has drawbacks. The limits on interest rates essentially gave China’s big banks a guaranteed profit margin but little impetus to lend to smaller, private companies, which in China have traditionally had trouble getting credit.

It also gave authorities imperfect tools for controlling credit. Two years ago its efforts to drain liquidity from the Chinese financial system to curb what it saw as reckless lending led to a sharp spike in interbank rates, forcing the PBOC into an embarrassing about-face.

The new system that China is moving to adopt would essentially set a range for the cost of capital. That would give the market greater say in moving rates within the range, offer greater transparency and potentially spur banks to lend more.

China has already eliminated its ceiling on deposit rates. But bankers say the PBOC still tells banks less publicly what they should pay. The current system also lacks transparency, making it difficult for banks and others to put a price on their money.

“With the growth of wealth-management products and online funds for savers, and a shadow-banking system providing alternative forms of credit to bank loans, the need for tools that can transmit policy signals through the whole financial system has become more pressing,” said Mark Williams, chief Asia economist with Capital Economics.

Last week the PBOC specifically cited the corridor when it cut the overnight rate for a short-term monetary instrument called the standing lending facility, or SLF, to 2.75% from 4.5% and the seven-day rate to 3.25% from 5.5% previously. It also then said that it is “exploring letting the SLF serve as the upper limit of the interest-rate corridor.”

The paper Mr. Ma co-wrote said the PBOC should use the interest rate it pays banks for their excess reserves as the floor. Currently that rate stands at 0.72%. Under those assumptions, the corridor would lie between the 0.72% floor and the 2.75% ceiling.

Rates could still go higher than that. But under a corridor system, banks could borrow directly from the central bank at the ceiling’s rate to meet their needs. Currently, many banks hoard funds because they worry that they would have to borrow money from other banks on expensive terms when liquidity in the system runs short. A corridor system could reduce banks’ motivations to hoard cash, the PBOC paper said.

At the same time, that system would reduce the need for the PBOC to directly inject liquidity into the market, because banks would do the borrowing themselves when cash runs short. Currently, the PBOC has to undertake costly operations to inject money into the market.

Compared with a system relying solely on such open-market operations, an interest-rate corridor is more effective in anchoring market expectations and reducing short-term volatility, said ANZ economists Li-Gang Liu and Louis Lam in a research note.

Still, China could have a long way to go. For starters, the SLF is currently rarely used. According to the latest official data available, China has zero SLF outstanding at the end of October after suspending the operation since the first quarter of this year. The instrument was adopted only intermittently by the central bank, and the earlier rates were too high for banks compared with market rates.

“The monetary-policy transmission mechanism via the corridor hasn’t yet proven to be effective in China,” the ANZ economists said, adding that China needs to develop a yield curve that prices money over different periods.

« India to Get First Lot of Canadian Uranium Next Month» Cooperation on Renewable Energy Enhances Links between Brazil, China