2015/12/17 By YANG YANG in Investment Opportunities, Science & Technology Tags: China, One Belt and One Road 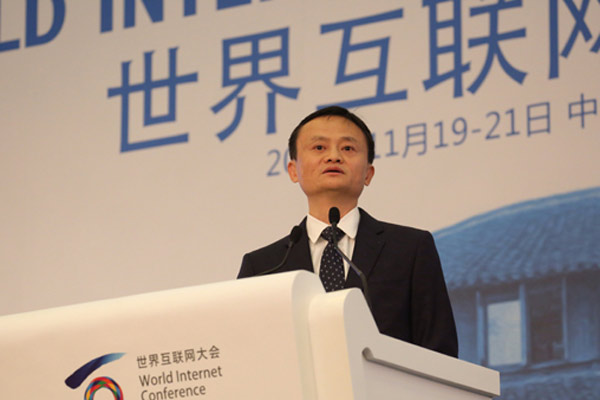 “We will provide new momentum for economy transformation and bear the ‘new norm’ [of China’s slowing economy] together,” said Li Shilin, the alliance’s vice-secretary.

The term “Internet Plus” has been a catchphrase in China since earlier this year, after the government coined the term to describe the application of internet technology to conventional industries.

The three firms together dominate China’s cyberworld in areas from e-commerce to video streaming and are in fierce competition.

The grouping also includes companies, government organisations as well as NGOs, Li said, adding that the alliance’s leading organiser was the China International Development fund, which is governed by the State Council.

The conference deals not only with technology and business but also governance in cyberspace, which extends to individuals and companies as well as international entities.

“We respect the netizens’ right to communicate and express their needs,” Wang Xiujun, vice-director of the state internet information office, said.

“But we should also build a better environment and regulate online activity. Every individual and every organisation should be responsible for their conduct online.”

At another forum, titled “Building a Silk Road for Win-Win Cooperation”, International Telecommunications Union secretary general Zhao Houlin said the union planned to use its unique advantages and Beijing’s “One Belt, One Ray” initiative to cooperate with other projects in China and help bridge the digital divide in countries along the Silk Road.

Jin Liqun, president-elect of the Beijing-led Asian Infrastructure Investment Bank, said during the same forum that the AIIB supported the setting up of a transparent, multilateral international internet governance system to provide a safe cyberspace for all.

“AIIB was born into an era of new information technology, such as big data, cloud computing and the mobile internet. These represent an increasingly widespread and deep integration into an era of global socioeconomic being, Internet-based innovation, entrepreneurship and economic growth,” Jin said.

He said AIIB staff could also use big data to analyse ways to support the internet sector in different countries.

« Relations with Turkey to Be in Focus of Putin’s Annual News Conference – Kremlin Spokesman» Head of VEB: Adding Chinese Yuan to Foreign Exchange Reserve Basket is Good for Russia