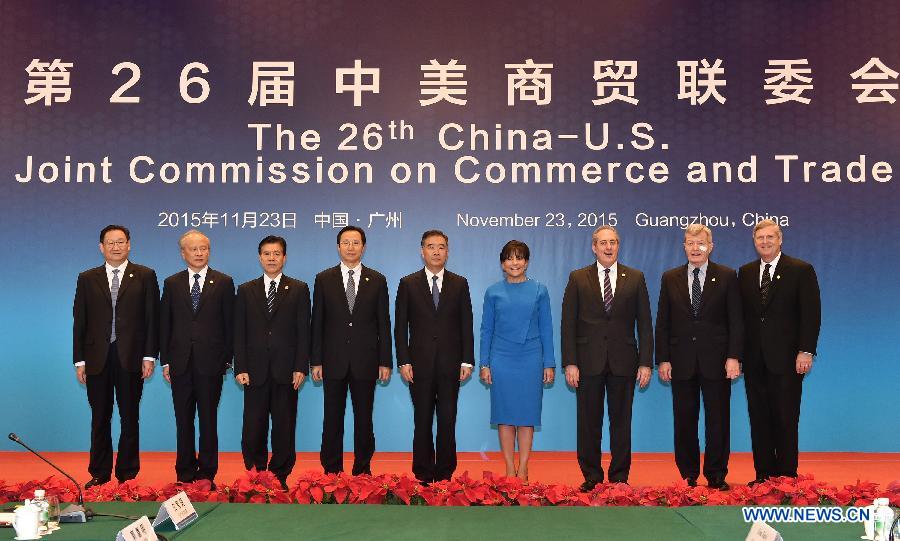 The two sides will increase exchanges and boost cooperation on fighting network piracy, law-enforcement against IPR crimes and preventing bad-faith trademark filing, among others, according to a Chinese press release after the 26th Session of the China-U.S. Joint Commission on Commerce and Trade (JCCT).

The meeting, held from Saturday to Monday in the southern Chinese city of Guangzhou, was co-chaired by Chinese Vice Premier Wang Yang, U.S. Secretary of Commerce Penny Pritzker and Trade Representative Michael Froman.

According to the release, China and the United States also pledged to provide strong protection for business secrets to promote innovation and fair competition.

The officials also talked on IT purchase in the banking sector, medicine, aviation, and export restrictions.

Both sides gave positive evaluations for the outcome of the annual meeting, said the release.