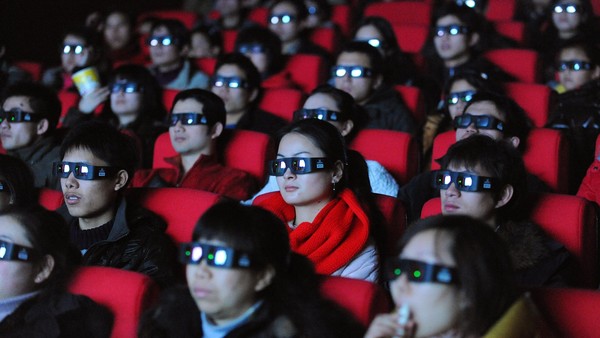 China will overtake the US as the world’s largest movie market within two years, says the chief executive of Imax, the big screen cinema group.

Rich Gelfond said China would surpass the US in box office revenue and by number of screens by 2017.

“We entered China just as the multiplex boom was happening and our box office has increased 50 per cent a year on a compound basis,” he said.

Recent openings of blockbuster Hollywood movies in China have generated box office totals that rival openings in the US.

The Martian, from 21st Century Fox, made $50.1m in its opening weekend in China, with $4.5m coming from Imax screens. The $50.1m total compares with the $54.4m The Martian generated in its first weekend in the US.

China’s box office revenues increased 36 per cent in 2014 to hit $4.8bn, according to China’s State Administration of Press, Publication, Radio, Film and Television.

The most recent annual figures show the US still has a clear lead over China in revenues. US cinemas generated $10.3bn in 2014, a fall of 5 per cent on the previous year.

However, if the Chinese market can maintain its growth it would surpass the US, Mr Gelfond said. Consumer demand for filmed entertainment in China remained strong even as the country’s economy has cooled, he added.

“The gloomy predictions that have come out of exports and the manufacturing sector don’t seem to apply to consumer discretionary spending,” he said.

Imax is also expanding in China, having struck a deal with CJ CGV, a South Korean multiplex chain, to add 25 new Imax theatres across China. The deal takes Imax past 500 cinemas in China, with 275 open and 245 contracted to open.

Imax China, the company’s Chinese subsidiary, recently raised $285m in a Hong Kong IPO, giving it a listing that will allow it to tap investors for cash to use for further expansion in the region.

Other Chinese entertainment groups are paying increasing attention to Hollywood. Bona Film Group has struck a deal to invest $235m in The Seelig Group, which has an arrangement with Fox to co-finance some of its forthcoming movies.

Meanwhile, Mario Gabelli, the second-largest holder of voting shares in Viacom, has urged Sumner Redstone’s group to sell a stake in its Paramount movie studio to Jack Ma’s Alibaba to generate new funds and smooth the way for it to produce more films in China.

Alibaba Pictures, the Chinese group’s entertainment arm, invested in Paramount’sMission: Impossible — Rogue Nation this year and was the official partner for the movie’s launch in China.