Why Foreign Brands Have to Figure Out China All Over Again 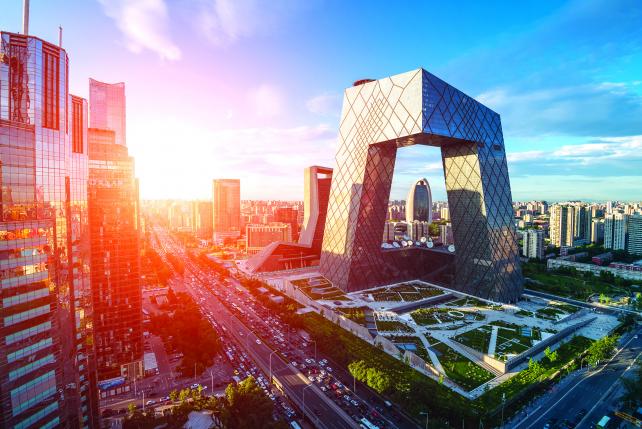 The Days of Easy Growth Are Over; Marketers Have to Worker Harder, and Faster

Serge Dumont moved to Beijing from his native France in 1985, just as China was opening to the global economy and before early movers such as KFC and Procter & Gamble had even entered the country.

“The China I discovered was one of Mao suits and bicycles,” said Mr. Dumont, a pioneer in China’s marketing and communications landscape who is now vice chairman at Omnicom Group.

People stared when Mr. Dumont walked his dog; keeping pets was an unthinkable luxury. Imported cars were hard to get, so client Mars lent Mr. Dumont a yellow M&M-themed car, and people stared at that too since the landscape was overwhelmingly gray.

There were no billboards. For foreign brands, the country was a blank slate. “People in those days didn’t eat chocolate, they didn’t know what a contact lens was,” said Mr. Dumont, who is also Omnicom’s chairman for Asia Pacific. “So it was not just trying to convince them to buy this brand versus another, you had to educate about what the product was.”

Beijing back then had a rural feel, with oxcarts in the streets. Shanghai had only one tall building; now it has 126 skyscrapers, more than Tokyo or Chicago. About a fifth of the country lived in cities then, compared with 54% today. “Life was very slow, and it had a unique charm,” Mr. Dumont said.

Thirty years later, it’s impossible to use the adjective “slow” for any aspect of Chinese urban life; speed and change define China. It’s the world’s second-biggest economy, and its 1.36 billion people are the biggest market for everything from cars to shoes to smartphones.

China is full of globalized shoppers who took more than 100 million trips out of the mainland last year. Its middle class buys imported baby formula, feeds its dogs Purina and splurges on luxury handbags—in short, it’s the more mature market that multinationals have been waiting for all along.

And yet for marketers, it hasn’t been an easy adjustment. Chinese consumers no longer want multinational brands just because they’re foreign. The days of easy growth are over. The game has gotten trickier precisely because China’s consumers have gotten savvier.

Since many on the mainland leapfrogged the PC era straight to smartphones, mobile innovations and usage are a step ahead of other markets. The country has 668 million internet users, twice the entire U.S. population. A single app, Tencent’s WeChat, not only fills the role of Facebook, email and text messages, but it’s used to pay at restaurants, settle mobile phone bills, book home-cleaning services, donate to charity—even to buy cars.

China has surpassed the U.S. to become the No. 1 e-commerce market; ubiquitous deliverymen dart through traffic with dozens of packages from Alibaba piled high on their motorbikes. In remote China, in places with few shopping options, people buy a Zara T-shirt or an iPhone with a few clicks on their smartphone. It’s a diverse market unlike any other in the world—and all this digital change is happening at a time filled with questions about the country’s future growth.

China’s boom years could not continue forever. The country’s leaders are rebalancing the economy from one driven by investment and export to a consumption-driven model, hitting bumps along the way. Gross domestic product growth was 6.9% in the third quarter, the lowest since the 2009 global financial crisis. Chinese President Xi Jinping has adopted a phrase for what’s happening: the “new normal.”

But the evolving economy is only one piece of the puzzle. After all, consumers are still spending. October retail growth was up 11% year-on-year. Alibaba’s one-day online blowout sale in November tallied $14.3 billion in merchandise sold, up 60% from last year.

In some cases, of course, China’s government has put a chill on foreign businesses. It built a Great Firewall that blocks most people in the mainland from accessing Facebook, Twitter and Google search, allowing local internet companies to thrive. It launched antimonopoly probes against dozens of foreign companies, from Microsoft to Mercedes. It cracked down on corrupt gift-giving to public servants and discouraged ostentatious spending, which hurt foreign luxury players.

But in many cases, multinational brands simply aren’t giving China’s consumers what they want fast enough. Early movers in China may have grown too accustomed to the easy growth, failing to keep pace with China’s change.

Middle-class stalwarts like Procter & Gamble, Nestlé and Yum Brands have reported disappointing sales, and some foreign companies may be asking if China is still “it.” Revlon left, and Best Buy sold its China business to a domestic real estate company. Even successful L’Oréal killed off its underperforming Garnier brand in China.

Yum’s KFC, the biggest fast-food brand on the mainland, was a case study of success in China before facing scandals at its meat suppliers, notably a TV program last year that showed workers scooping meat off the floor and using it anyway. It announced a long-needed update to menus, uniforms and store design. But more recently, Yum CEO Greg Creed said the company had been hit by mobile apps that discount food orders from mom-and-pop shops, and by malls with vast dining offerings. Yum announced in October that it was splitting off its China business, long its crown jewel.

P&G’s Chief Financial Officer Jon R. Moeller acknowledged on an earnings call that the company had not fully tapped into China’s desire for “better, more differentiated solutions and, frankly, higher product quality.” It’s working on that. Nestlé’s head for Asia, Wan Ling Martello, recently told analysts the company was “a little behind in terms of innovation.”

“Compare that with Olay [from P&G] or Pond’s [from Unilever]—they are so quiet, they have nothing new. They repeat themselves,” said Ellen Hou, McCann Worldgroup Shanghai’s group managing director and chief strategy officer. The 42-year-old calls Olay, long a star product in China, “a brand for my mother’s generation.” She noted a McCann study showing that in China, more than other countries, there’s a vast generation gap between young and old, in terms of values and lifestyle. That means brands with deep roots in China have to work extra hard to stay relevant.

“If you just repeat the old successful recipe, that will only keep you in the past,” Ms. Hou said.

Another challenge: Local brands are making gains as their quality and marketing improves. Fast-moving Chinese consumer goods gained share over foreign ones in 18 out of 26 categories in 2014, according to a study from Bain & Co. and Kantar Worldpanel.

In e-commerce, it’s hard work for multinationals to keep up with Chinese consumers’ changing habits and the new e-commerce platforms constantly popping up, said Bessie Lee, CEO of WPP China. “For their marketing teams, it’s a constant education,” she said.

The top-selling snack brand on Alibaba’s Tmall marketplace is an upstart called Three Squirrels; it was launched in 2012 to be sold online using a cute cartoon logo. Only one foreign brand appears on a list that WPP’s Kuvera compiled of the top 10 Tmall snack brands: Mars’ Dove, the best-selling chocolate brand in China. In skin care and cosmetics, the top foreign seller is Nivea, at No. 6.

That matters because e-commerce is growing so fast. This year, it will account for 22% of total retail in China and will rise to 38% by 2020, Mintel says. In the U.S., e-commerce accounted for just 7.2% of retail sales in the second quarter.

Ad agencies are readjusting too.

“We had countless years of great growth with global clients wanting to catch their share of the market in China,” said Scott Kronick, president-CEO of Ogilvy Public Relations in Asia-Pacific. The shop’s client roster used to be 80% multinational and 20% local; those figures are now 60% and 40%, respectively. “In the last six months, our biggest opportunities have all come from local clients,” he said.

Brian Wieser, analyst at Pivotal Research Group, believes foreign agencies have strong prospects in China, because they face few government restrictions (unlike, say, the Western internet or film industries) and because China “is still a massively underpenetrated market in terms of potential for agency services to be applied.”

In China, “there’s just that combination of absolute size and growth potential that remains,” he said.

Why China is still crucial

Despite gloomy headlines out of China, many brands are still investing in it. Sweden’s H&M is expanding fast, and Japan’s Uniqlo is opening 100 stores a year there. Costco and Macy’s have entered China—but only online, through Alibaba. Marriott International and Holiday Inn are on a building spree in China, and Carnival Cruises is entering the country.

Success relies on accurately reading the market and its continually shifting priorities. In general, foreign brands need to tap into of-the-moment aspirations of the middle class to do well. Nike and Adidas are seeing brisk sales of sportswear, as people in polluted megacities are on a health kick.

Ikea’s China revenue is up 20% in the year through August, driven by urbanization and consumers’ desire for comfort in the privacy of their homes. Contrast this to years ago when the focus in China was on purchases to convey status in public, like watches and handbags.

To be successful in China, companies may need to reinvent themselves, as Starbucks has. It’s not a place to grab coffee to go in China. Each $4.70 grande latte is a status symbol worthy of sharing on social media, and each cafe is a refuge for lingering with friends in megacities where apartments are tiny.

Marketers may have to work hard to show Chinese consumers how valued they are. Apple hired a traditional calligrapher to decorate the facade of a new store in Hangzhou, and it donated money to save China’s forests. Its revenues in greater China doubled in the most recent quarter.

Omnicom’s Mr. Dumont points out that there will be winners and losers in the new China—so different from the country he discovered 30 years ago, when few locals had a passport, owned an imported product or had ever tried foreign food.

But for brands that can figure it out, China remains an immense opportunity. The country’s middle class, still growing fast, already outranks that of the U.S., according to Credit Suisse.

By 2030, 66% of the world’s middle class will be in Asia, according to Brookings Institution calculations. Only 21% will be in North America and Europe combined. “From a marketing perspective, that statistic tells the whole story of what the challenge is,” Mr. Dumont said. “Asia is the future, and with the world’s largest middle class, China is at the center of it.”

« Ahead of WTO’s Nairobi Meet, India Digs in Its Heels on Food Security» China to Become World’s Largest Movie Market within 2 Years