BEIJING, Dec. 2 (Xinhuanet) — Africa stands poised to transform into a global economic powerhouse soon. The land is rich in natural resources with a young population. Africans are eager to get more educated, better trained and ready to build more reliable infrastructure.

South Africa is the most developed nation on the continent and a major draw for Chinese investors and traders looking to base operations here to expand further afield in the vibrant region.

Johannesburg will host the Forum on China-Africa Cooperation (FOCAC) on Dec. 4-5 to address measures to enhance the industrialization and modernization of the sub-Sharan region.

South Africa’s Department of Trade & Industry (DTI) has good reason to support FOCAC. DTI announced last week that over 16 South African companies signed 20 contracts with Chinese companies at a combined valued of over $US913 million. 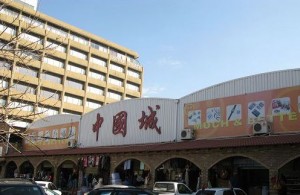 China has long embarked on a manufacturing-based; export-driven economy. Chinese companies had relied on importing raw materials to manufacture value-added products from its factories. The strategy has proven effective and South Africa would like to follow a similar mode of production.

Yet, SA holds a significant advantage, since it already has plenty of natural resources. Chinese companies plan to increase investments in South Africa’s manufacturing sector, while Beijing’s 21st Maritime Silk Road would strengthen roads, railways, power generation and airports in the country.

“Both countries agreed that China would increase its sourcing of value-added products from South Africa in order to improve the structure of trade between the two countries,” said a DTI press release.

South Africa would struggle to emerge as a major manufacturing nation in the midst of frequent rolling blackouts. Hence, its government is pouring substantial funds into constructing eight new nuclear power plants, as reported by the China Post.

“Bilateral cooperation arrangements such as these serve as a valuable mechanism for ensuring that (South Africa’s) NNR (National Nuclear Regulator) regulatory practices are benchmarked against the current standards and practices as applied internationally with the nuclear energy,” said NNR CEO Bismark Tyobeka.

There’s much ado about South Africa’s natural resources and mining sector, but it’s also recognized for having flourishing vineyards located in the Western Cape Province. South African wine exports to China have increased rapidly, surging to over 11 million liters in 2014.

Provincial government and trade officials had just visited China earlier this month to encourage companies to invest in the regional wine sector and to launch a publicity campaign for Chinese wine lovers.

“We have doubled our market share and our value share is up 104 percent,” Alan Winde, Western Cape’s Economic Opportunities Minister told Xinhua. “We aim to double the exports of wine to China by 2025. If the current trend continues, I am confident we will reach that goal.”

The wine industry employs over 167,00 in the Western Cape and for the past three consecutive years, Perfect China, has earned the distinction as China’s biggest importer of South African wine.

South Africa appears on the brink of enjoying robust economic growth, but its business community must learn more while in its developmental phase. China had experienced numerous challenges during this stage of economic growth, but the country had risen to a stronger nation.

Therefore, China’s businesses can teach South Africa how to advance to become more prominent players in the global economy, which would create win-win benefits for both sides.