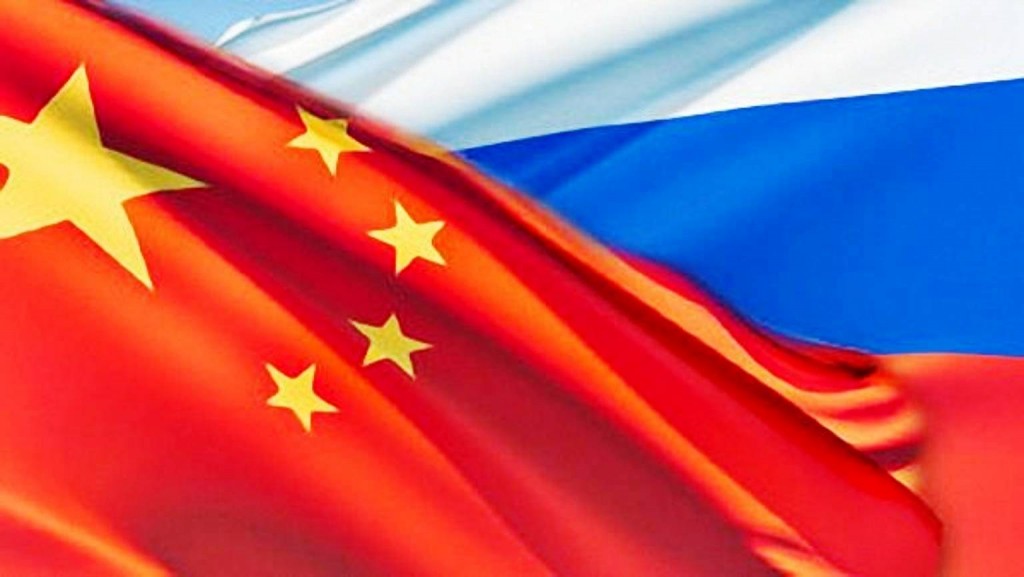 China and Russia, with bilateral ties at their best ever, set an example of a new type of international relations centered on win-win cooperation, and will play an irreplaceable role in promoting peace, stability and prosperity for the two countries, the Eurasian continent and the world.

The year of 2015 has witnessed the overall enhancement of China-Russia comprehensive strategic partnership of coordination.

From joint celebrations marking the 70th anniversary of the victory against fascists in World War II (WWII), to regular summits under such frameworks as the Shanghai Cooperation Organization (SCO), BRICS and G20, top leaders of both countries have maintained close contact on regional and international occasions, and reached broad consensus on various issues.

The “Belt and Road” initiative, consisting of the Silk Road Economic Belt and the 21st-Century Maritime Silk Road, was proposed by Chinese President Xi Jinping in 2013 during his visits to Kazakhstan and Indonesia respectively.

The initiative brings together countries in Asia, Europe and even Africa via two ancient trading routes, with the aim of boosting infrastructure building, financial cooperation and cultural exchanges in those regions.

The Russia-initiated Eurasia Economic Union (EEU), a regional organization, which currently groups Russia, Kazakhstan, Belarus, Kyrgyzstan and Armenia, mainly aims to form a single market with coordinated economic policies to create more opportunities for the free flow of goods, services, investment and labor forces within the borders of the member countries by 2025.

During Xi’s visit to Moscow in early May, he and Russian President Vladimir Putin signed a joint statement on the alignment of the two initiatives, a historic milestone that will inject vigorous impetus into relations between the two sides and bring them to a new height.

The two presidents further agreed to take the SCO as a platform for the integration at the seventh BRICS summit and the 15th SCO summit held in the southwestern Russian city of Ufa in July.

Echoing the common calls, governments of the two sides have conducted pragmatic work to implement the task, with cooperation expanded in fields such as energy, agriculture, high-speed railway, aviation, space, infrastructure and development of Russia’s Far East region.

During the recent China-Russia Prime Ministers’ Regular Meeting in Beijing, China and Russia signed more than 30 cooperative documents in areas of energy, investment, finance, high technology, which represent a higher level of their relationship.

Besides, a slew of concrete cooperation projects was agreed on when Chinese Vice Premier Zhang Gaoli visited Russia in June and attended the 19th St. Petersburg International Economic Forum.

Russian Deputy Prime Minister Yury Trutnev has said that Russia considers China as one of its main partners in the development of Far East, and he hoped that Chinese businesses could play an active role in projects like the building of railways, border checkpoints and cross-border aerial ropeways.

“The combination of the two initiatives will synergize all related parties across the Eurasian continent, and the principal economic space consisting of Russia, China and other countries in the region will be the nucleus of the future Eurasia-wide structure,” Denis Tyurin, director of the SCO Business Club, told Xinhua.

As main battle fields in Asia and Europe during WWII, as well as permanent members of the UN Security Council, China and Russia hold a series of activities to commemorate the 70th anniversary of the WWII victory this year, and reiterated their commitment to the principles of the UN Charter.

Xi, along with leaders from many other countries, attended the grand Victory Day parade at Moscow’s Red Square on May 9, while Putin joined a host of foreign guests at the landmark military parade in downtown Beijing on Sept. 3.

What’s more, a Chinese guard of honor consisting of 102 servicemen was invited for the first time to take part in the V-Day parade in Moscow, while Russian troops made their debut in the parade on Tiananmen Square in Beijing.

As some countries have been attempting to distort the wartime history, the presence of both leaders and the unprecedented participation of servicemen from each side in the parades delivered a clear message: China and Russia are seeing eye to eye on upholding the post-war international order and safeguarding world peace.

“China and Russia joining hands in celebrating the 70th anniversary of victory in the World Anti-Fascist War is of great significance, as rightist forces and neo-Nazi groups have reared their ugly heads in different parts of the world,” said Sergey Luzyanin, deputy director of the Far East Institute of the Russian Academy of Sciences.

China and Russia share the opinion on coordinated efforts under the framework of the UN to fight global terrorism. As member states of the SCO, in particular, the two countries have long been calling for joint work within the mechanism to promote stability and security in the Eurasia region.

During a meeting with Putin on the sidelines of a UN climate change conference in Paris, Xi said China stands ready to work with Russia to combat terrorism and uphold the common interest of the world.

In the face of the complicated global and regional situation, China has urged the SCO, in pursuit of the Security Concept for Asia, to take as priority maintaining stability and eradicating potential security threats in the region.

At the Ufa summit of the bloc, Xi and Putin, together with leaders of other member states, agreed to jointly respond to conventional and non-conventional challenges and threats, and pledged to intensify fight against the “three evil forces” of terrorism, separatism and extremism.