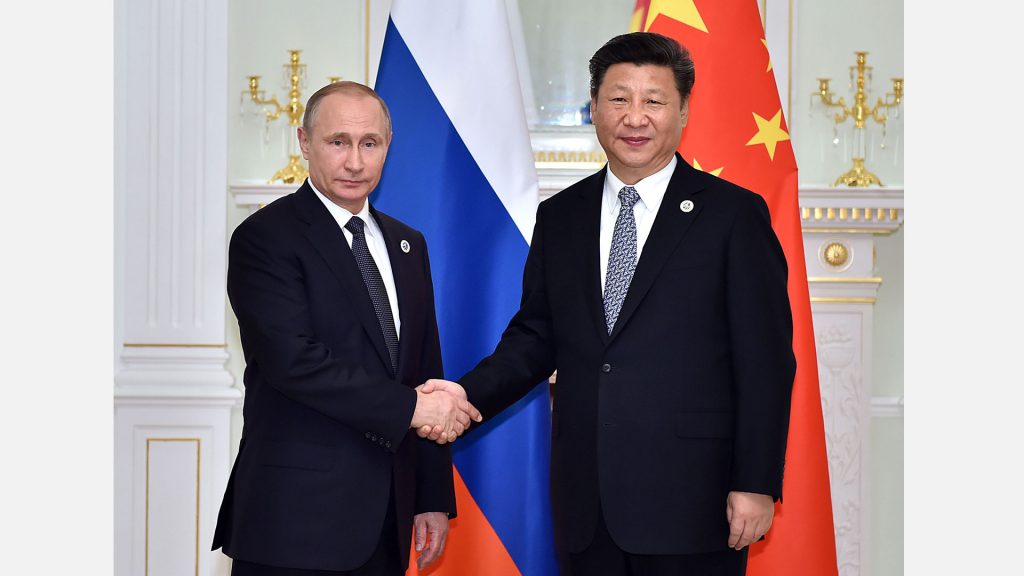 Xi arrived in the western Indian state of Goa earlier in the day for the eighth summit of the emerging-market bloc of BRICS, which groups Brazil, Russia, India, China and South Africa.

He recalled that leaders of the five countries met last month on the sidelines of the 11th summit of the Group of 20 major economies in the eastern Chinese city of Hangzhou, where they had an in-depth exchange of views on promoting BRICS cooperation and reached many important consensuses.

China, said the president, hopes that the BRICS summit in Goa will achieve positive results and inject new impetus into BRICS cooperation.

As China will hold the rotating chair of BRICS in 2017, Beijing stands ready to work with Russia and all other parties concerned to make a success of the ninth summit, he added.

Noting that both China and Russia are permanent members of the UN Security Council and major emerging-market countries, Xi said the two countries should strengthen coordination and cooperation within the United Nations, the Shanghai Cooperation Organization, BRICS and other multilateral frameworks.

The two sides, he added, should jointly promote a more just and reasonable international order and safeguard the interests of the emerging-market countries and developing countries.

Recalling that he and Putin held a fruitful meeting last month in Hangzhou and reached important consensuses on advancing the China-Russia comprehensive strategic partnership of coordination, he said the two sides should now earnestly push for their implementation.

Putin, for his part, said he is delighted to see that Russia and China have maintained close communication at high levels and in various fields, which is very important to consolidating bilateral ties.

Russia is committed to enhancing cooperation with China within multilateral frameworks and supports China in hosting the ninth BRICS summit next year, he added.

Calling China an important economic partner of Russia, Putin said his country is willing to deepen cooperation with the Chinese side in such areas as energy, transport infrastructure, aviation manufacturing and space.

Moscow, he said, also supports the Russia-led Eurasian Economic Union in aligning its development strategies with the China-proposed Silk Road Economic Belt initiative and carrying out cooperation with the Chinese side.

The two leaders also had an in-depth exchange of views on the Korean Peninsula situation and other global and regional issues of shared concern.

They agreed to maintain close communication and coordination to jointly safeguard peace and stability in Northeast Asia and the common interests of the two countries as well.

India holds the rotating chair of BRICS this year, and a summit has been scheduled for the weekend in the coastal state of Goa.