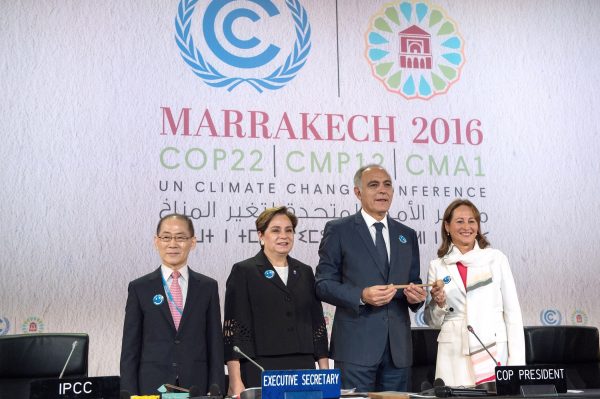 China is expected to play a pivotal role in consolidating and enhancing South-South partnership, particularly when it comes to issues related to climate change.

China is currently participating in the 22nd Conference of Parties to the United Nations Framework Convention on Climate Change (COP22) held in Marrakech, Morocco.

He believes China can do much to boost the climate change issue.

There have been fears that the presidential election win of Republican candidate Donald Trump could lead to a withdrawal from the Paris treaty.

This won’t affect China’s commitment to the treaty, Chinese officials have said.

“No matter what happens in the new US government, China will continue to constructively participate in the international climate change process,” said Chen Zhihua, a member of the Chinese delegation in Marrakech.

Both China and the US ratified and signed the deal in September.

Their joint announcements on ratifying the Paris accords today showed that nations could put aside geopolitical differences to lower carbon emissions.

Secretary of State John Kerry has previously said that the US and China “demonstrated their continued, shared commitment to climate leadership” by formally joining the agreement.

Chinese President Xi Jinping had also said that “developed countries should honor their commitments and provide financial and technological support to developing countries and enhance their capability in climate actions.”

Meanwhile, the World Bank pledged its support for China’s climate change initiatives including the Emissions Trading Scheme (ETS). The World Bank said on Friday that it was giving $8 million in support of the ETS.