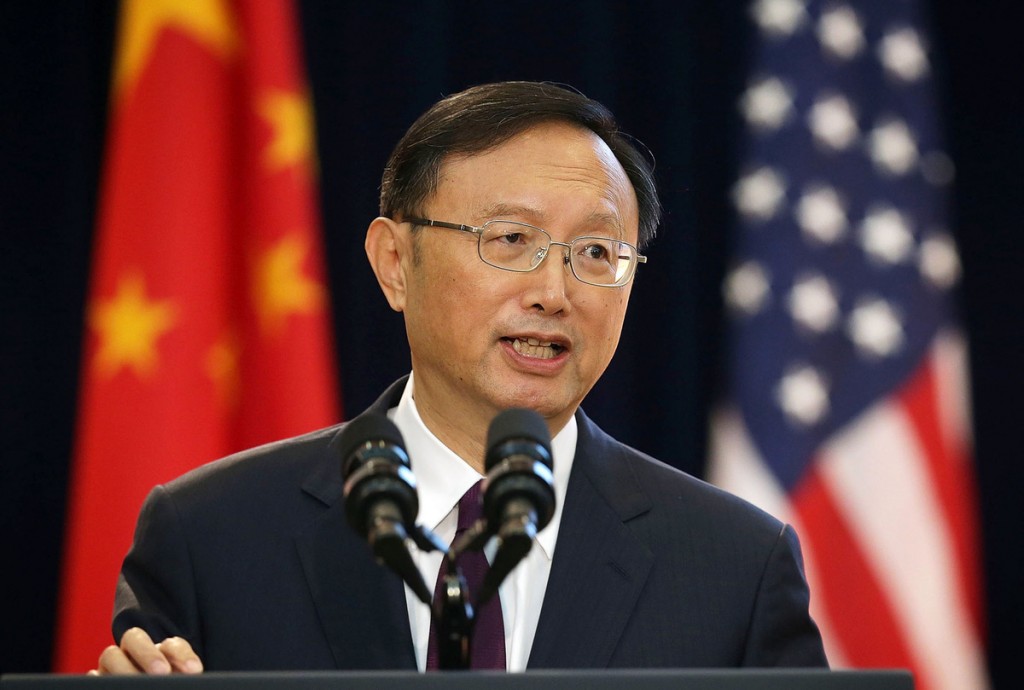 China’s stock market rout isn’t a reflection of the health of the world’s second-largest economy, and efforts to stem a $5 trillion slide in equities fall within the “boundaries of reasonableness,” the nation’s top diplomat said in an interview.

The Shanghai Composite Index has tumbled about 40 percent since its June high, upending global markets and fueling fears of deepening weakness in the $10 trillion economy. Those concerns are overblown, and China’s “handsome” growth rate of about 7 percent will remain an engine for global expansion, said Yang Jiechi, one of five state councilors.

“Some movements on the stock exchange in China should not equal the whole picture of the Chinese economy,” Yang said in a Sept. 9 interview in Beijing. “We believe that in the long term there is steadiness of the market, and besides if you look at the fundamentals of the Chinese economy they are quite sound.”

Yang’s assessment echoes the “New Normal” narrative touted by China’s leadership of a transition from debt-fueled and export-driven growth to a slower, more sustainable expansion underpinned by domestic consumption and services. The gyrations in the market and state of the economy will likely be a topic of discussion when President Xi Jinping meets President Barack Obama in Washington this week.

“We let the market function in its own way,” Yang said. “Of course, whatever the Chinese side has done is within the boundaries of reasonableness and if people look at the history of financial developments in all corners of the world, nothing that has happened in China should be a surprise to them.”

Industrial and technology companies helped propel China’s stocks to a second day of gains amid speculation they might see increased orders after Xi’s visit. The Shanghai Composite Index rose 1.9 percent to 3,156.54 at the close.

China has spent 1.5 trillion yuan ($236 billion) seeking to shore up the market since the turmoil began three months ago, according to an estimate by Goldman Sachs Group Inc. in a report dated Sept. 7. Officials armed a state agency with more than $400 billion to purchase stocks, banned selling by major shareholders and told state-owned companies to buy equities.

Some of the measures were more extensive. The president of China’s biggest brokerage was swept up in a campaign to root out financial wrongdoing and assign blame for the rout. The probe of Citic Securities Co. President Cheng Boming comes after the state-run Xinhua News Agency reported last month four Citic executives had admitted to so-called insider trading.

The cost of China’s stock-market support as tallied by Goldman Sachs equates to about half what the U.S. government spent on its financial crisis bailout program, the Troubled Asset Relief Program.

The global impact of the China stock selloff was exacerbated by the government’s Aug. 11 decision to change the yuan’s exchange rate mechanism, triggering the currency’s biggest one-day drop in about 20 years. The move unleashed fears of a currency war that sent emerging market currencies tumbling.

The decision wasn’t made to give exports a competitive edge, but part of China’s effort to “let supply and demand determine the value” of the yuan, Yang said.

“It’s natural for the currency to move either way, yet it is a reliable currency and more and more people do their trade in renminbi, and I’m sure that the renminbi will continue to play a very healthy role in promoting not only China’s economy but the international trade and investment,” Yang said, using the alternative name for the yuan.

The market turmoil won’t dissuade the Communist Party from forging ahead with the further overhaul of the economy and scaling back the state’s role in it, he said. PremierLi Keqiang expressed similar commitment to reform in his keynote address at the World Economic Forum’s “Summer Davos” meeting in Dalian on Sept. 10.

“We are determined to further open up the market and to carry out structural reform — to raise people’s living standards and to let people have more money,” Yang said.