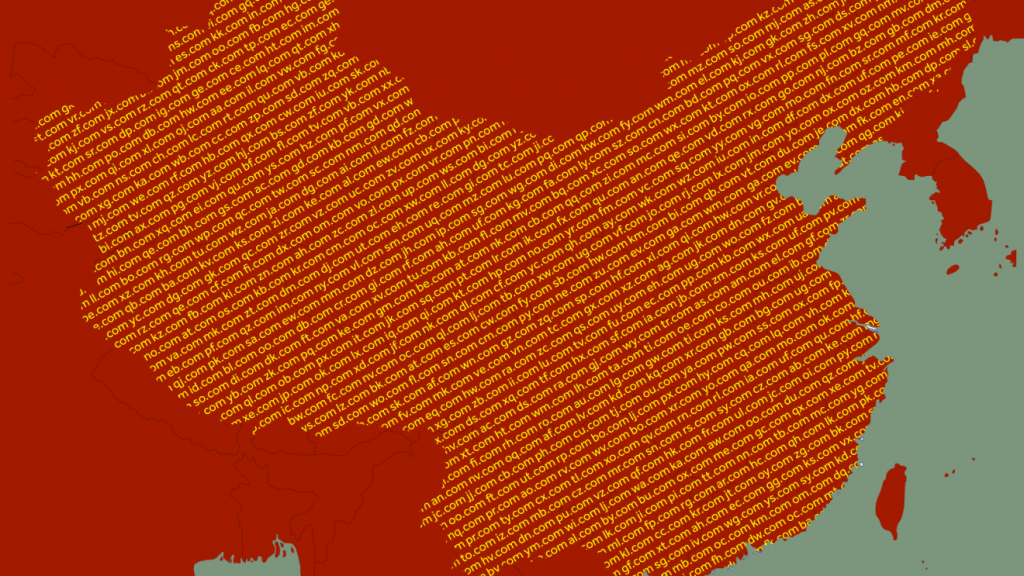 Short domains have always been valuable, but if you’re a company today and want to own a short domain name, your price just became a lot higher. And I mean a lot.

There is a market unfolding that very few know about, and tens of millions of dollars are trading hands monthly. Over the last two years, China has become the largest buyer of domain names, resulting in what is likely the biggest story in domain-name investing since the Internet began.

Chinese investors (and other domain prospectors) have been buying up numeric and short-character dot coms faster than Adele can say “Hello.”

George Kirikos, a well-known follower of ICANN policy, tweeted on November 14th: “136 of the 676 2-letter .com domain names are now owned by Chinese registrants, breaking the 20% barrier (20.1% to be exact).”

What was once a market where domain name owners would hold and wait for a company to approach them is now quickly becoming a market with mass liquidity — the missing piece of the puzzle for the last decade.

Three-letter dot coms consisting of traditionally lower-quality letters often sold in the $10,000 to $15,000 range. Now they are catching upwards of $50,000, and more.

This new demand for domain names is not an easy thing to understand.

Western investors are still trying to catch up and understand the Chinese market. Letters of lower use in English — q, z and j for example — are considered premium in China. Vowels, on the other hand, are not premium. Any domain name with a vowel or a v is considered less valuable.

Ron Jackson, the publisher behind DNJournal, regularly reports sales like Give.com, Amber.com and Classic.com. However, the sales reports today are now almost nothing but short domains. In fact, 9 of the Top 10 year-to-date sales (all over $500,000) are less than three characters.

Even the preferred way to communicate with buyers has changed. Most transactions are agreed upon in China through QQ — the largest instant messaging system in China, but rarely known in North America. Tracy Fogarty of eNaming explains; “Most offers are sent through QQ. Maybe 1 in 10 people use email, even fewer use the phone.”

This explosion has made a lot of people extremely wealthy, but it’s not who you may think. Many industry veterans missed the boat — trying to understand how to analyze what’s attractive to Chinese buyers; others doubt the long-term value of this market, and many are doubling down for what they see ahead. All of the elements for a Hollywood story are happening right now.

Over the last year, some incredible new milestones in domain-name registrations have been achieved.

Even with eight-number dot-com domains, of which there are one hundred million, it’s getting hard to find any of the popular patterns that don’t include a zero or four.

Is This A Fad Or History In The Making?

China is a vastly different culture than America, especially when it comes to wealth. Chinese citizens are raised learning strictly about the importance of savings and building wealth versus our consumer-based society.

Wealthy people love to invest and Chinese investors are hungry for portable wealth. The rise of Bitcoin was something quickly linked to China markets, but it couldn’t hold once Chinese regulators put a stop to the acceptance of deposits in Chinese Yuan. Bitcoin also has (and still has) liquidity issues for many owners outside of North America.

In fact, what seems like millions of domain names can easily be broken down into premium domain names that have a far lower supply than Bitcoin ever did.

This new demand for domain names is not an easy thing to understand, but some of those who do have acquired almost generational wealth over the past year. Others have made hundreds of thousands.

Short domain names are commodities now. Fads come and go, and this certainly does not seem like a fad in my opinion. Will there be ups and downs? Sure. But we are likely witnessing history in the making — a new history for an established marketplace that never saw this coming.

Maybe you should have ponied up and paid for that domain name after all.