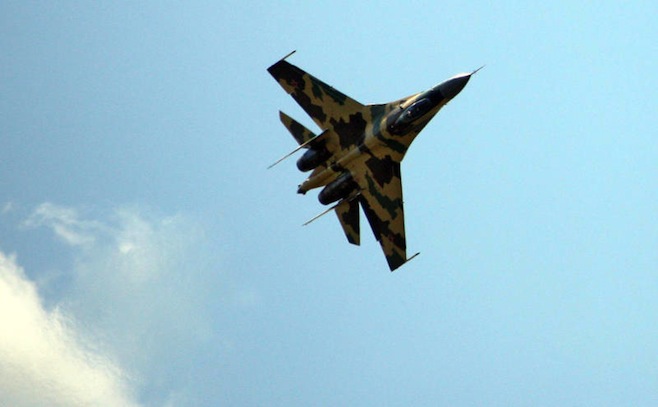 Russia has agreed to sell 24 Sukhoi Su-35 fighter jets to China for more than $2 billion, in the first sale of the cutting-edge warplane to a foreign country, the Kommersant newspaper reported Thursday.

The deal tightens the military bonds between Russia and China — a key aim for Moscow following its falling-out with the West over the annexation of Crimea last year — and is a timely cash boost for the Kremlin amid a deep recession.

The choice of China as the first foreign buyer of the fourth-generation Su-35, one of Russia’s most advanced fighters, “reflects the high level of mutually beneficial cooperation and depth of our strategic partnership,” an executive at state-owned technology and defense conglomerate Rostec, Viktor Kladov, was quoted as saying by news agency RBC.

The two countries have been negotiating the sale of Su-35s, originally designed in the 1980s, since 2011, according to Kommersant. The deal prices each plane at around $83 million, the paper said.

Despite a drop-off in military spending after the collapse of the Soviet Union, Russian arms are still cutting-edge in many sectors, such as air defense systems and armored battle tanks. Beijing recently bought at least six S-400 surface-to-air missile complexes from Russia for a reported $3 billion.

Weapons are one of the country’s key export earners. In total, Russia sold arms worth approximately $15 billion last year.