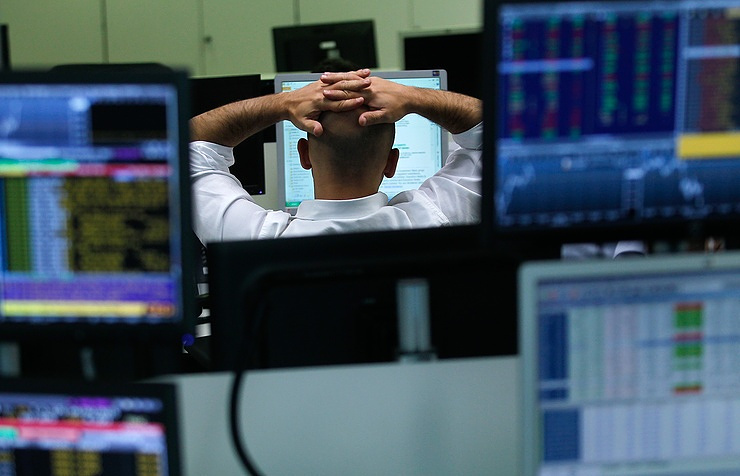 The domestic currency market in Russia is stable, the Central Bank said on Thursday in its financial review.

“Growing volatility of the ruble rate was largely caused by dramatic fluctuations of oil prices. Elasticity of the rate vs. oil prices did not change, evidencing the situation on the domestic policy market is stable,” the regulator said.

The ruble rate has recently stabilized after a dramatic weakening early this year. The dollar declined against the ruble from 73 to 66.75 rubles.

According to the Central Bank, transition to liquidity surplus will take place if Reserve Fund expenses are over 3% of GDP.

“According to assessment of the Bank of Russia, gradual transition from deficit to surplus of the banking sector liquidity is possible if expenses of the Reserve Fund are over 3% of GDP,” the regulator said.

Transition to surplus is expected in November – December 2016, the Central Bank said earlier.

The Russian Ministry of Finance intends to spend 2.1 trillion rubles ($31.3 bln) from the Reserve Fund this year.

The review also runs that the quality of banks’ credit portfolio will stop worsening by 2016 year-end.

“Recovery of net interest incomes and growth of banks’ equity, greater term of their liabilities and stopped worsening of the credit portfolio quality can be expected by 2016 year-end, which will contribute to gradual lending recovery,” the regulator said. Quality of banks’ credit portfolios is expected to be restored in the midterm, the Bank of Russia said.

Growing credit risks, cautious policy of banks and poor demand for loans linked to the economic activity decline limited lending growth in the first quarter of 2016, the Central Bank said. Funds flowing to the economy through the budget channel limited the demand for loans and led to growing deposits of population and companies, the regulator said.

“According to estimates of the Bank of Russia, in the second quarter there won’t be any steady need in conducting deposit operations to absorb liquidity,” the regulator said.

Since the beginning of the year, the requirements of the Central Bank to banks on loans secured with assets or guarantees reduced from 2 trillion rubles ($30 bln) to 582 bln rubles ($8.7 bln).