Cell Therapy Gets Official Green Light for Use in Russia 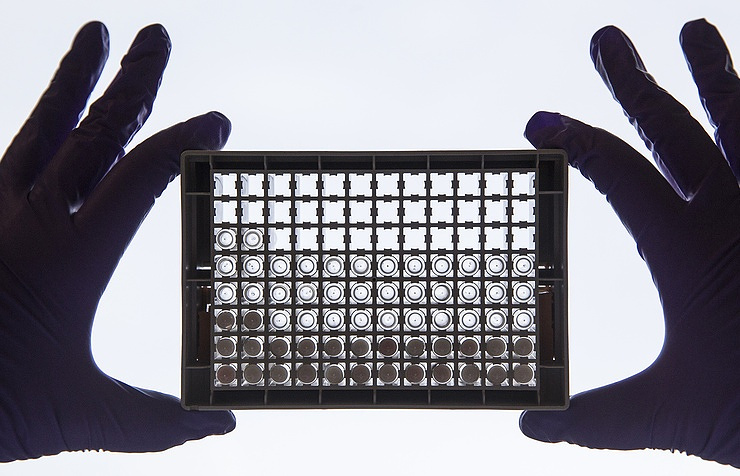 The law on biomedical cellular products which comes into force on January 1 permits the use of living cells for therapy and kicks off the creation of a new branch of biomedicine, one of the law’s authors, Andrei Vasilyev, Director of the Koltzov Institute of Developmental Biology of the Russian Academy of Sciences, told TASS.

“The law will boost the development of biomedical research and the new high-tech industry but, most importantly, patients will be able to receive highly effective treatment with the use of artificially grown cells, the quality and safety of which will be guaranteed by the government,” said Andrei Vasilyev, the head of the RAS Institute of Developmental Biology.

In contrast with transplantation, the patient’s body does not reject cellular material.

“This is a very important law for researchers, medics and patients as the development of biomedicine and cellular technologies has been legalized for the very first time in Russia,” Deputy Education and Science Minister Sergei Krayevoi stressed. “This is a new step towards the development of contemporary methods of treatment for serious diseases.”

According to Vasilyev, a millimeter-piece of biomaterial is taken from the donor’s body to produce biomedical cellular products.

“Then the cells are scaled up, modified and combined with some medicines and as a result we get a new biomedical cellular product,” the scientist explained. “Contemporary technologies facilitate the production of neurons or heart cells from a small skin sample. The possibilities here become endless.”

Biomedical cellular products can be used for treatment of cancer, diabetes, liver, heart and other diseases.

“Some experts believe that the clinical use of cellular products will be followed by major social effects, which can be compared to the effect from the introduction of antibiotics,” Vasilyev noted.

He said new biomedical cellular products could appear in Russia in 2018.

“I think we will get the first biomedical cellular products to restore cartilage, bones, skin, cornea and urethra,” he added.