Can Russia’s Big Gold Hedge Save the Ruble? 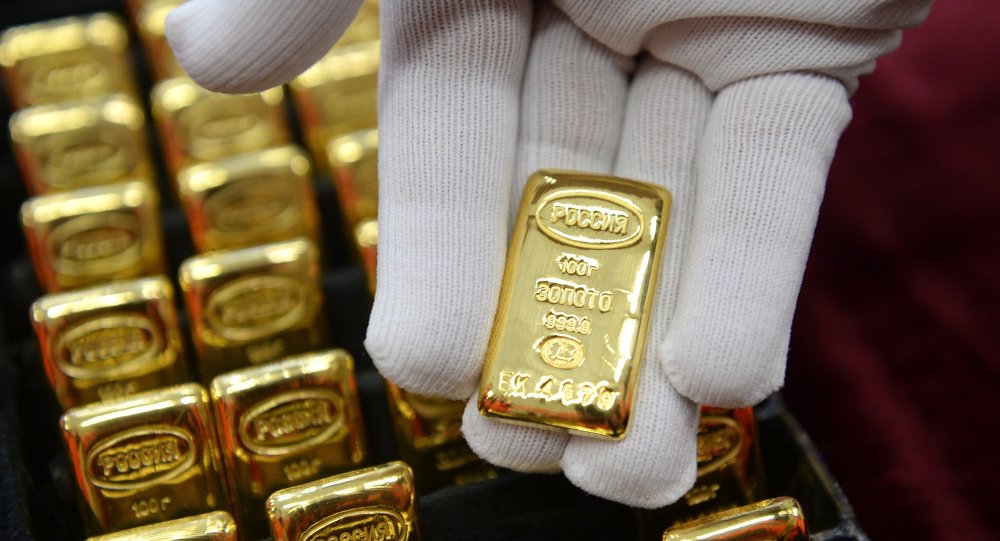 In 2016, the ruble has skirted with all time lows as crude oil has collapsed, US and European sanctions have cut off lines to cheap credit, and inflation is pushing double digits. However, the rising price of gold could give the ruble a reprieve and even save the currency.

Additionally, in this period, the US dollar has declined in price. The DXY, a geometrically weighted basket of six currencies containing the euro, Japanese yen, British pound, Canadian dollar, Swedish krona and Swiss franc, has fallen almost 5% and shows no sign of bottoming out.

Thus, while oil is skirting with decade old lows and has severely impacted the value of the ruble, the rapid rise in gold may be able to help the Russian central bank stem off some of the pressure on its currency. In fact, the ruble has been gaining in value to the dollar in relation to the price of gold and if gold continues its upward spike, the ruble may be able to claw back some of its previous loses against the dollar.

While the ruble ultimately will be connected to the price of oil at the end of the day, Russia’s smart move to bolster its gold reserves over the past several years is finally paying off.