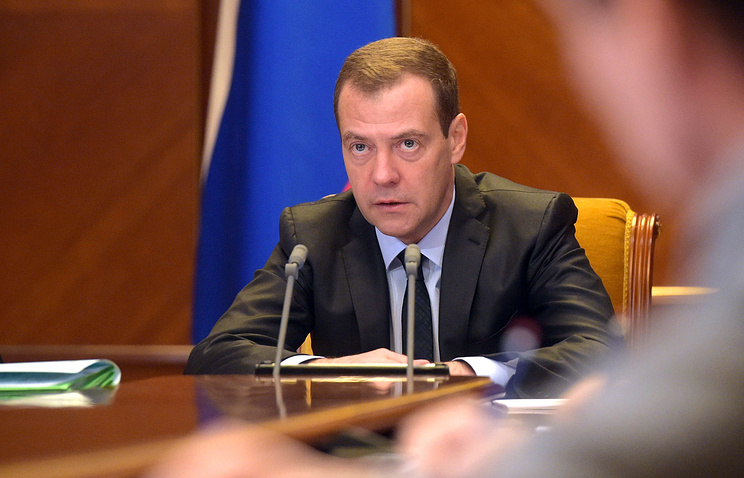 The budget support will be further provided to the key industries and agriculture, Russia’s Prime Minister Dmitry Medvedev said at the meeting on budget on Wednesday.

“We’ll proceed with support to be provided to the key industries and agriculture,” Medvedev said. “Despite obvious restrictions, the budget will imply finances to be provided to those sectors and we will create the environment, in which our industrial and agricultural enterprises could use the current potential due to the weakening of the ruble’s exchange rate and of course counter sanctions,” he added.

According to Medvedev, the country’s budget policy should trigger structural changes of the real sector of the economy.

“I think this is a matter of principle, bearing in mind the importance of the current issues one should not forget about strategic tasks of improving the investment climate, on supporting import substitution and non-resource export,” PM said. “It is also necessary to stimulate innovative development, create new technologies, introduce them and of course develop social services, the social sphere on the whole,” he said, adding that the future face of the country depends on all those issues.

“The budget has to be focused on further curbing inflation,” he said, adding that it is necessary to set the level of the budget deficit, outline the sources of its financing and clearly stick to the decisions made.

Earlier the Central Bank Chief Elvira Nabiullina said the uncertain budget policy (potential exceeding of deficit target of 3% of GDP due to rising expenditures and falling revenues) is becoming the biggest inflationary risk. In case those risks are realized it will be more challenging for the regulator to hit the 4% inflation target in 2017.