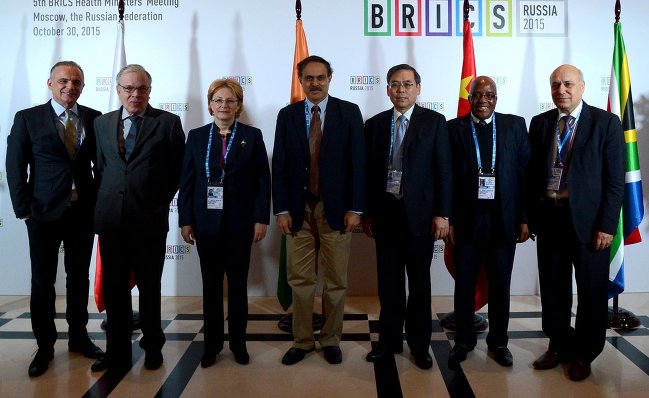 The meeting, which was chaired by Russian Healthcare Minister Veronika Skvortsova, was also attended by Dr Luiz Loures, Deputy Executive Director, Programme, UNAIDS, and Haik Nikogosian, Special Representative for the Director of the WHO Regional Office for Europe. WHO Director General Margaret Chan sent a video address to the participants.

The central issue at the meeting was the discussion of the progressive decisions made at the 70thsession of the UN General Assembly regarding the achievement of sustainable development goals in healthcare until 2030.

The meeting reaffirmed the need to intensify cooperation in reforming the BRICS healthcare systems.

These agreements were recorded in a final communique that was signed by the BRICS representatives.