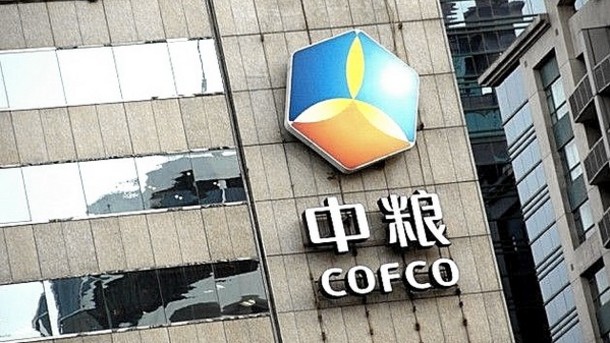 Ning Gaoning, chairman of COFCO, said the company, which already has an established global network, will expand its alliance with China Shipping (Group) Co, to launch five new shipping services before the end of this year between China and South America. The new lines are expected to be used to transport more soybean, corn, beef and other agricultural products to China.

Unlike other global food traders such as Cargill Inc of the United States or Japan’s Marubeni Corp that have their own shipping businesses, COFCO has to rely on tie-ups with shipping firms to transport grain and other commodities globally. The company and its partners together have an annual shipping capacity of 1 million tons now.

It has already made a beginning with China Shipping’s Panamax bulk carrier that carried 70,000 tons of soybeans from Argentina and Uruguay in September to China for unloading at the Beiliang Port in Dalian of Liaoning province.

COFCO last year invested $1.5 billion for a 51 percent stake in the agribusiness operations of Hong Kong-based Noble Group, and also reached an agreement with the Netherlands-based agricultural and commodity trading group Nidera BV to acquire 51 percent of its stock. The two deals have created a fully integrated value chain between the firms.

“From a long-term perspective, Chinese consumers’ daily diet structure will see a shift from low-protein to high-protein food. Imports of edible oil will increase, while soybeans will increasingly be used as animal feed to boost pork, beef, fish and milk output,” said Ning.

Huang Xiaowen, vice-president of China Shipping, said the tie-up is a practical solution for the two firms. China Shipping is keen to deploy more environmentally friendly Panamax bulk carriers and form an international fleet to work with COFCO.

The Chinese food trader has more than 10,000 employees from more than 70 countries and regions working in various overseas markets, mainly in Asia, South America and Europe.

COFCO will further improve its capability in maritime transportation and food processing, as well as the entire supply chain services in seeds, pesticides and fertilizer business over the next five years.

Yu Xubo, president of COFCO, said: “China’s food security needs an integrated and comprehensive approach that includes international mergers, acquisitions, cooperation and facility development. We are also able to ship soybean oil from Brazil to India, Argentine soybean meal to Indonesia and wheat produced in the Czech Republic to the United Kingdom.

“This not only adds more flexibility to our global supply chain, but also accelerates our localization strategy in global markets.”

The company is willing to continue building grain and other agricultural product supply chains, particularly with countries in the Black Sea region, another large grain-producing area in the world.