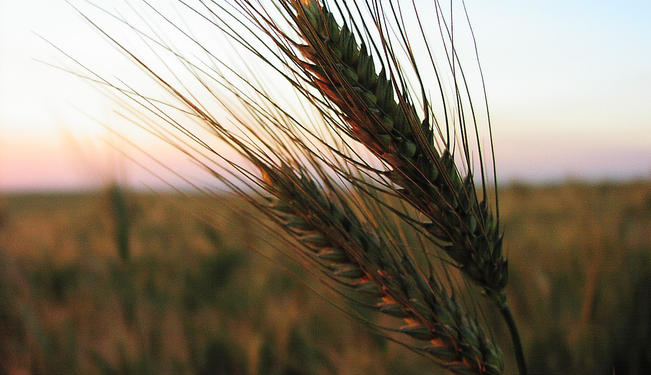 Brazilian wheat sowings may fall this year, despite the boost to local prices from a poor-quality harvest, with farmers expected to focus instead on corn – for which values have risen even faster.

The “low availability of good quality” wheat, after a rain damaged 2015 harvest, “pushed up” domestic prices of the grain in Brazil last month against the trend of international markets, research institute Cepea said.

Wheat values as of Thursday in the main producing state of Parana were, at R$758.45 a tonne, up 4.2% for 2016, and up 32% over the past year, with prices also gaining support from the weakness of the real.

By comparison, dollar-denominated Chicago wheat futures, by contrast, the world benchmark, were down 5.8% for 2016, and 13.0% year on year.

However, despite Brazilian prices that “are more attractive to producers than a year ago, there are still uncertainties regarding the area for the next crop”, sowings of which begin next month in Parana.

Cepea said its research indicated that “planted area may decrease”, for what would be a second successive season, with producers “cautious” over factors including weather, with the crop vulnerable to the frequent wetness seen during the late-year harvesting season.

Furthermore, the institute noted “high interest” among farmers in sowing second crop, or safrinha, corn – of which Parana is Brazil’s second-largest producing state, after Mato Grosso, and for which the planting season is ongoing.

Corn offers farmers “high prices and good profitability”, thanks to a squeeze on domestic supplies fostered by high exports, which are being encouraged by the competitive advantage Brazil has gained in international markets from the weak real.

Indeed, Brazilian corn prices, as measured by the ESALQ/BM&FBovespa index, on Thursday hit R$45 per 60-kilogramme sack, equivalent to $197 a tonne, for the first time on records going back to 2007.

The comments tally with increased expectations from other commentators of second crop corn sowings, including in the top producing state of Mato Grosso where, “even though the ideal planting window has closed, there is a big incentive to plant corn this year due to the very good domestic corn prices”, influential analyst Michael Cordonnier said.

In wheat, Brazil’s market is closely watched by exporters, as it is one of the few major crops in which the country is a structural importer.

And the comments come as analysts are already forecasting some retreat in world wheat production in 2016-16, with low prices having already discouraged winter sowings in the US, and dryness hurting prospects in India, Morocco and Ukraine.Source: Agrimoney