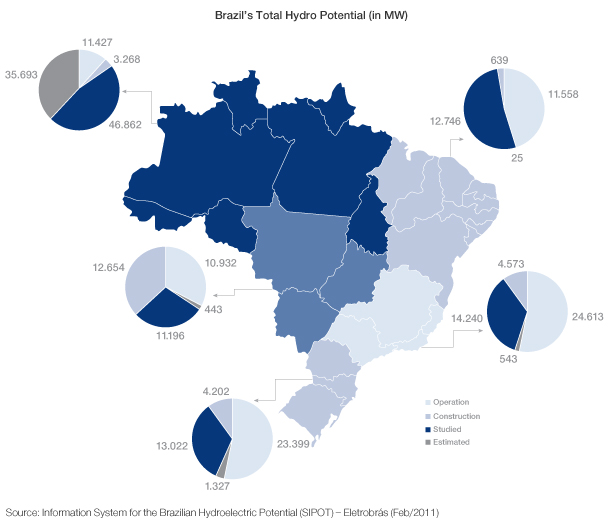 Brazil will publish revised estimates of generation capacity from the country’s hydroelectric plants by the end of March, according to a mining and energy ministry report.

The so-called physical guarantee – also known as assured energy – is expected to be reduced for most plants as low rainfall continues to afflict dam operators.

According to the report, a government working group this year participated in 30 “technical meetings dedicated to the matter.”

It added that current figures “overestimated” the physical guarantee of plants.

But a three-year drought has forced grid operator ONS to activate costly backup thermopower plants to avoid a supply shortfall.