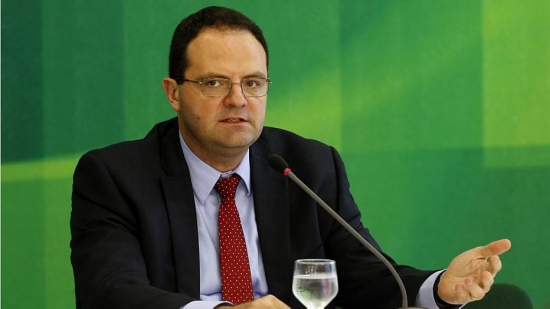 Jan 18 Brazilian Finance Minister Nelson Barbosa said on Monday the scope of upcoming measures to bolster the economy will depend on its public accounts and that they do not clash with central bank efforts to lower inflation.

Barbosa said the government could announce limits to public spending this week, reiterating the administration of President Dilma Rousseff will continue with efforts to rebalance its overdrawn fiscal accounts.

“The fiscal issue remains a challenge … rebalancing our finances is a state priority,” Barbosa said in a briefing with international news agencies.

Hours ahead of his trip to the World Economic Forum in Davos, Switzerland, Barbosa said purchasing Brazilian bonds remains a good investment and that the government is working to rebalance its economy after losing its investment-grade rating last year.

Barbosa heads to Davos amid doubts among investors on whether the administration will push ahead with austerity measures to end a fiscal crisis that threatens to prolong the country’s worst recession in a century.

Barbosa, a leftist economist, is preparing measures to expand credit to sectors raging from home building to farming, rekindling fears that the government is sliding back to the years of heavy spending of Rousseff’s first term that led to the fiscal meltdown.

“We need to work in parallel on an agenda to rebalance our economy and measures to resume growth using the fiscal space that is available, without raising our fiscal costs,” Barbosa said.

Expanding credit now would complicate the job of the central bank, which is expected to resume rate hikes at its next meeting on Wednesday to counter inflation, analysts said.

Barbosa said the government sees no need to inject fresh capital into Petrobras and for the state-run oil company to sell debt. He added the government will not raise import tariffs on steel as the industry had demanded.