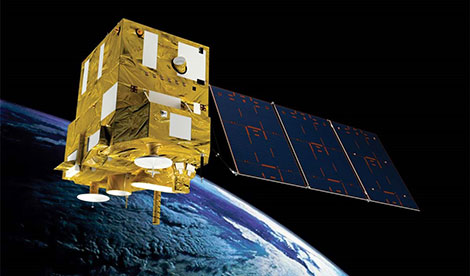 The sixth CBERS (China-Brazil Earth Resources Satellite) satellite is scheduled to be launched into space in December 2018, said the Brazilian Ministry of Science, Technology and Innovation.

The announcement of the date came as technical teams from both countries concluded that the CBERS-4A satellite project should proceed to the production phase of the flight models and their subsystems and equipment.

On the Brazilian side, a team made up of experts from the National Institute for Space Research (INPE) and the Brazilian Space Agency (AEB), both linked to the Ministry of Science, Technology and Innovation (MCTI), assessed whether the satellite project met the requirements set for the CBERS-4A mission.

According to the information released CBERS-4A will use spare parts from the CBERS-3 and CBERS-4 satellites.

“The conclusion is that there are no technical impediments and the project can proceed to the next stage,” said the coordinator of the space segment of the CBERS Program at INPE, Carlos Pereira de Oliveira Júnior.

CBERS-4A will take three cameras on board, one of which is Chinese and the other two Brazilian.