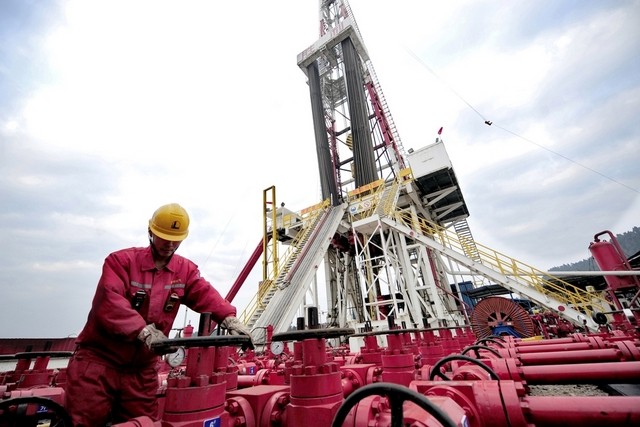 Oil just got a dose of policy changes from the three “C”s: Congress, China and California.

The one grabbing most of the headlines is the supposedly imminent lifting of the U.S. crude-oil export ban, in place since the 1970s. It is also the least important of three big energy policy announcements on Tuesday.

At the margin, having the option of selling their oil directly on the global market would give U.S. producers a bit more negotiating power with refiners, which now largely act as gatekeepers to exports. Given the pressure the exploration and production sector is under, it will take any help it can get.

Yet in terms of boosting prices for U.S. crude oil, the gains from here look vanishingly small. When U.S. barrels trade at a wide discount to an international benchmark like Brent, then lifting the export ban is an arbitrageur’s dream. But the gap between U.S. crude and Brent today is only around 50 cents a barrel, far below the cost of shipping the stuff to Europe.

Any barrels that do get exported would also simply add to the bigger problem facing all producers: There’s too much of the stuff. What producers really need isn’t to have some of the world’s oil shifted around, but for some of their competitors to simply keep it in the ground. If anything, this lifeline from Congress, thin as it is, could provide yet another way for struggling U.S. E&P firms to put off having to shut in production.

What all producers could use is robust demand for oil. They actually got it this year, with consumption rising by 1.8 million barrels a day, a five-year high, according to the International Energy Agency’s estimates. The wrinkle is that buyers were lured in by bargain prices, which doesn’t help producers much. And next year, demand growth is projected to be just 1.2 million barrels a day.

Which is why another big policy shift announced on Tuesday may be a bigger deal than Congress’ horse trading. Beijing said late on Tuesday that it would suspend the process by which it adjusts fuel prices for Chinese consumers to reflect changes in world oil prices. China’s drivers pay a price for things like gasoline that is set by the government, and that price gets reset periodically as the price of crude oil whips around. As oil prices have fallen, so the cost of fuels has come down, spurring a 10.4 percent jump in apparent demand for gasoline through the first 10 months of this year, according to the IEA.

Unfortunately, all that driving has also created a cloud of pollution, something China definitely doesn’t need more of. So the authorities hope that, by no longer passing on declines in the price of oil, drivers will ease off.

With growth in Chinese demand for fuels showing signs of weakening in the third quarter, having Beijing effectively say it wants to cap gasoline consumption is bearish. In a report released Tuesday night, Sanford C. Bernstein argued a counterpoint, namely that producers would read this shift as a signal from one of their biggest customers that oil had become too cheap. The thinking is that the likes of Saudi Arabia will read this as a sign that the boost to demand provided by low oil prices is now played out and that China has “effectively put a floor” at current prices.

Yet Beijing has done no such thing. It has put a floor under Chinese domestic fuel prices, not global oil prices. That is why shares in PetroChina and China Petroleum and Chemical Corp., known as Sinopec, jumped on this news — their refining businesses can now keep more of the benefit of cheaper oil imports, rather than passing it on to Chinese consumers.

Moreover, Chinese authorities effectively accomplished something that a certain Republican presidential candidate might legitimately call “YUUUGE”: China implicitly priced the cost of pollution — what economist call an “externality” — into oil.

With the hoopla of the Paris climate talks still ringing in its ears, Saudi Arabia should be just as attuned to that message. For at least a year, the country’s petroleum minister has been warning about the potential for a “black swan” — be it electric vehicles, shifting transportation habits, or something else —  to upend long-held notions that oil demand will simply keep increasing for decade after decade. The spectacle of China acknowledging that oil consumption carries societal costs not captured in the numbers flashing daily on trading screens should worry oil bulls everywhere.

In that context, it is worth remembering that the proposal to lift the U.S. crude-oil export ban comes with a quid pro quo of extending incentive programs for renewable power sources such as wind and solar. On the same day, California’s energy regulator announced proposals to extend net metering, the mechanism by which residents with solar panels on their roofs can offset their utility bills with the spare power they produce, which has been crucial to the expansion of leasing firms such as SolarCity (the latter’s stock jumped 25 percent on Wednesday morning).

None of these threaten oil demand in the short term. They are an obstacle to a recovery in U.S. natural gas prices, though, as they incentivize a competing source of electricity — and that does matter to E&P companies. More broadly, though, they will help underpin the growing ecosystem of renewable power and battery development that is central to electrifying more of the world’s vehicles, representing a long-term obstacle to growth in oil demand.

Oil holds huge competitive advantages of price, range and existing infrastructure against electric cars. It is difficult to imagine that being threatened by much in the next ten years. Yet consider that, in 2005, Tesla Motors had not released its first Roadster, the Arab Spring looked impossible, and shale was just something you stepped on at the beach. Nascent though it may be, there is now a competitive race going on between oil, gas, and renewable energy sources. The outcome is by no means guaranteed, but the issue of oil exports pales in comparison to the stakes involved in that.