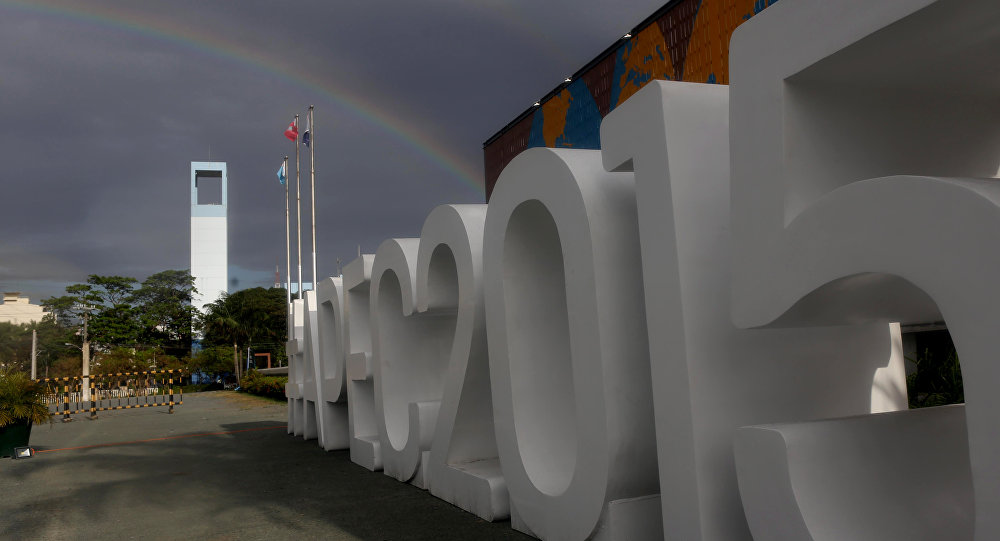 Asia-Pacific Economic Cooperation (APEC) ministers have identified four priorities for the next year with a particular emphasis on human development, Deputy Director-General of the National Economic and Development Authority of the Philippines Emmanuel Esguerra told Sputnik Tuesday.

“There are four priorities that have been discussed at the ministerial meeting. The priorities are regional economic integration, the role of micro, small, and medium enterprises, building resilient communities — that has to do with disaster risk preparedness, food security — and human capital development,” Esguerra said.

The ministerial meeting took place ahead of this year’s annual APEC summit, due to begin  Wednesday. Leaders of the economic forum member states will meet between November 18-19. The creation of a China-backed Free Trade Area of the Asia Pacific (FTAAP) will be among the main discussion topics at the summit.

The ministerial meeting focused on integration and development, but has not considered the issue of a FTAAP agreement, Esguerra said. “FTAAP and TPP have been raised only in the context of promoting regional economic integration. But I am not sure they will go deeply into it,” he added.