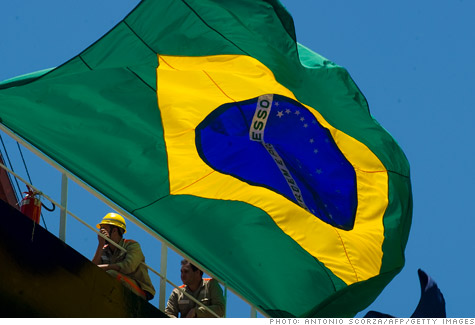 Analysts expect Brazil’s economy to contract by 3.21 percent this year, with the outlook worsening from last week, the Central Bank said Wednesday.

The gross domestic product (GDP) figures come from the Boletin Focus, a weekly Central Bank survey of analysts from about 100 private financial institutions on the state of the national economy.

Analysts also revised their estimates for next year downward by one-tenth of a percentage point, saying they expect Brazil’s GDP to expand by 0.60 percent in 2017, when the economy will grow for the first time in two years.

Analysts are also more pessimistic about the inflation rate for this year, with the estimate rising from 7.26 percent to 7.56 percent in just one week.

The government expects inflation to end the year within its target range of 4.5 percent, with a 2 percent band that would put the top end rate at 6.5 percent.

Brazil had an inflation rate of 10.67 percent in 2015, the highest level in 13 years, while the economy contracted by 3.71 percent, according to analysts surveyed for the Boletin Focus.

If the forecasts prove to be accurate, Brazil’s economy is headed for its worst economic performance since 1990, when it contracted by 4.35 percent.

The government started using the Boletin Focus in preparing its own forecasts last year. EFE