Renault to Begin Exporting Kwid to Brazil This Year 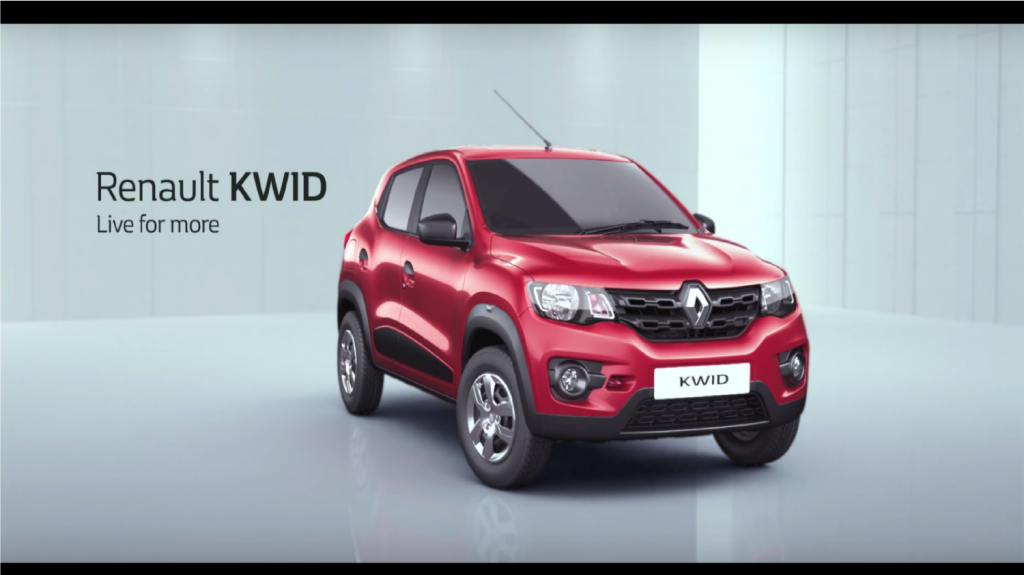 Kwid will now be available in Brazil. French auto major Renault will begin exporting its entry-level hatchback Kwid to Brazil this year and is looking to ramp up production to 10,000 units by March at its Oragadam plant to meet domestic demand.

Kwid, which received overwhelming response in the domestic market with more than one lakh bookings in four months since launch, would be the second Renault product to be exported after Duster, a top company official told PTI.

Renault, which has set a target of garnering 5 per cent market share by end of 2017, has already touched 4.5 per cent in February, the official added.
“We will be making exports of Kwid to Brazil in parts starting this year,” Renault India Country CEO and MD Sumit Sawhney told.

He said the company was exporting “small” numbers of its popular SUV Duster to Brazil and Kwid will be shipped as SKDs (semi-knocked down units).

Declining to share the number of units of Kwid to be exported, he said one lakh bookings had been received for the car in the domestic market itself.

To address the local demand, he said the company would be ramping up the production at its alliance factory with Nissan in Oragadam near Chennai.

At present, Kwid has a waiting period of five-six months and with the ramping up of production, the company hopes to bring it down to three months.

“Right now we are making about 6,000 units (per month). We want to increase it to 8,000 units (per month) and by March we will be crossing 10,000 units,” he said.
On the market share, Sawhney said the firm was confident of registering 5 per cent share by end of 2016 itself in the backdrop of successful launches of Kwid and Duster.

The company during the Delhi Auto Expo had showcased its automatic variant of Duster (4×4 variant), besides the one-litre engine capacity Kwid cars.

“(With these launches this year) we will be selling more than one lakh cars this year,” he said the new variants of Kwid and Duster would be introduced in 2016.

As part of network expansion, the company would also increase the dealerships to 240, from the existing 205, by end of 2016, covering 96 per cent of the market.

While stating that the success of Kwid was in the backdrop of its high localisation content at 98 per cent, he said the company was also working on taking up the local content levels in Duster from the present 70 per cent to 80 per cent by next year.

The Renault-Nissan plant at Oragadam near Chennai has been set up at investments of over Rs 4,500 crore and has the capacity to produce about 4.80 lakh units operating in three shifts.