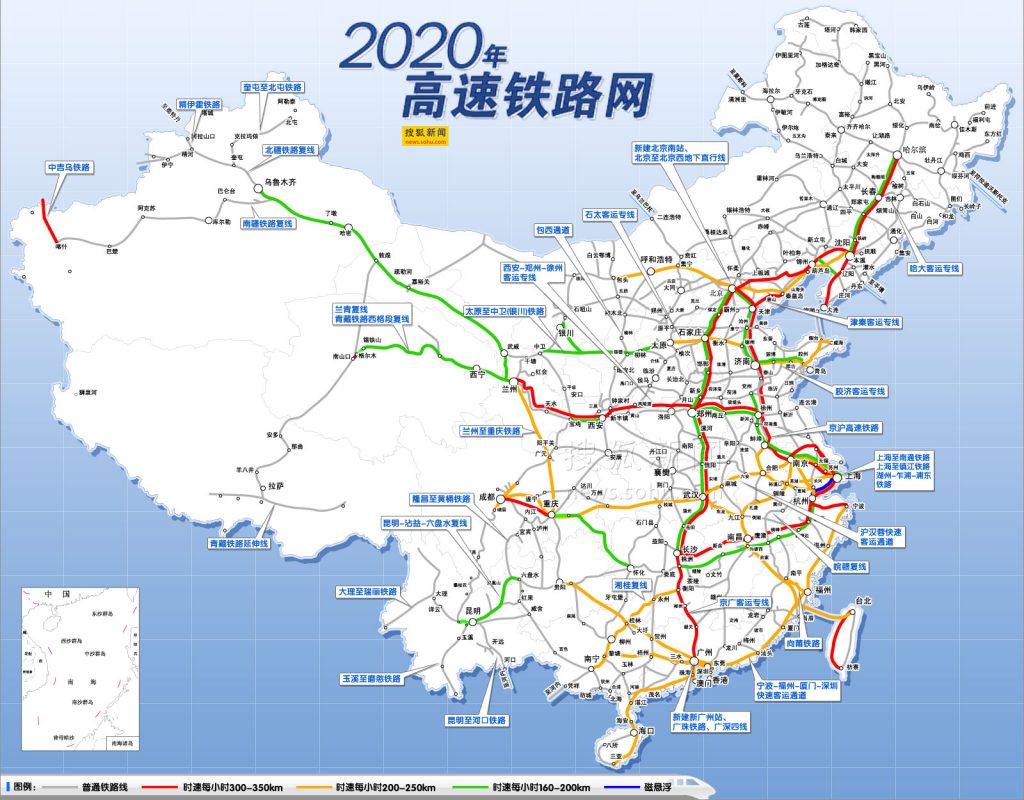 An even longer-term construction goal for the railway network is around 200,000kilometers, including 45,000 kilometers of high-speed rail. The network will radiate in alldirections to connect every city with a population over 200,000. Meanwhile, high-speedrailways will join every provincial capital and cities with populations above 500,000.Transport circles between adjacent cities will have travel times between one and fourhours, while transport time within cities will be cut down to between 30 minutes and twohours.

The official report from NDRC, the top economic planner, titled “Medium and Long-TermRailway Network Plan,” also stated that new high-speed railway projects would adopt aminimum standard of 250 kilometers per hour and above. For those routes crossingdensely populated areas and very large cities, the speed may go up to 350 kilometers perhour. Intercity railways will mainly be 200 kilometers per hour or below.

China’s current high-speed rail network is based on eight main lines, together called the“Four Vertical and Four Horizontal” system. In the future, however, that system willtransform into an “Eight Vertical and Eight Horizontal” railway network.

China’s ongoing successful railway construction has so far been accomplished with over800 billion yuan in yearly investments.