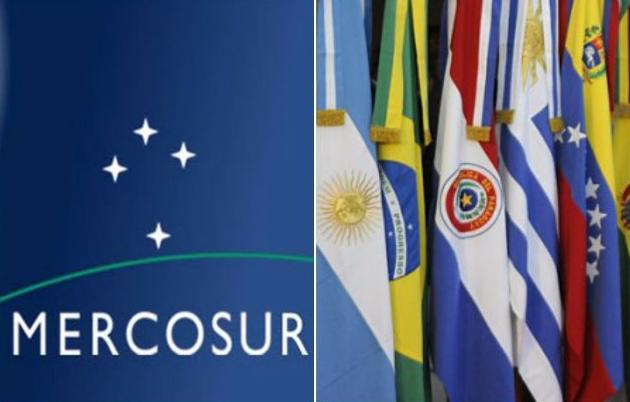 MEXICO CITY, Dec. 27 (Xinhua) — Latin American countries are aspiring to speed up integration to cushion the impact of a weak world economy and meet the demand of their global trade partners especially China.

In a new push toward greater regional integration, four Latin American countries agreed this week to work together on a major infrastructure project that would benefit them all.

Chile, Argentina, Brazil and Paraguay planed to build a coast-to-coast corridor between the Atlantic and Pacific to facilitate the flow of goods and boost exports.

All members and associate members of trade and integration bloc Mercosur (Southern Common Market), the countries hope to connect and upgrade roadways, waterways, ports, airports and rail lines from the Brazilian city of Campo Grande, in the southern state of Mato Grosso del Sur, to the Chilean city of Iquique, in the country’s north.

The governments of the four countries also agreed to launch a pilot program to simplify border customs procedures.

The idea is to make it easier to transport regional products to Asia-Pacific markets, especially China, the region’s second-largest trading partner, and strengthen regional trade among the Latin American nations.

Latin America is the world’s most unequal region, a chronic problem rooted in centuries of colonial rule. The disparity in income and education that characterizes countries across the region has historically held back their development.

Although some countries, such as Bolivia, Brazil and Venezuela, have made notable advances in reducing poverty and promoting literacy, the economic strife and ensuing political upheaval threaten the welfare policies that have made an impact in these countries.

“The value of Latin American and Caribbean exports will decrease for a third consecutive year in 2015 and will contract 14 percent,” the Santiago, Chile-based Economic Commission for Latin America and the Caribbean (ECLAC) warned in October.

According to the ECLAC, this year South America and the Caribbean will see “the biggest drops” in both intraregional and outside exports, while “Central America will mark an increase in intraregional trade (2 percent), thanks to greater dynamism in economic activity and greater productive integration among its economies.”

“The region is at a crossroads: either it continues along the current path restricted by the global context, or it commits to more active international insertion that favors industrial policy, diversification, trade facilitation and intraregional integration,” ECLAC chief Alicia Barcena said.

While most observers agree Latin America lacks integration when compared with other regions, such as the European Union, it has made substantial progress in recent years, mainly thanks to regional and subregional integration mechanisms.

Subregional trade blocs such as Mercosur, the Caribbean Community and Common Market as well as the Andean Community have helped boost investment among member countries.

Due to their efforts, “since 2010 there has been an important dynamic in the flow of intraregional investment, at a time of lower economic growth in industrialized economies,” said a report released in late November by the Latin American and Caribbean Economic System.

“In 2014, the flow of intraregional FDI (foreign direct investment) represented 37 percent, compared with 3 percent in 2001,” the report said.H The region’s largest bloc, the 33-member Community of Latin American and Caribbean States (CELAC) has taken the lead since its founding in 2011 in promoting regional unity and development.

One of its main accomplishments has been to forge closer ties with China as trade and cooperation with Latin America’s traditional trade partners, the United States and Europe, dwindled due to the global financial crisis.

Latin American ministers traveled to Beijing in January to take part in the first ever China-CELAC Forum ministerial meeting, which led to the adoption of a five-year cooperation plan through 2019.

China additionally pledged to nearly double bilateral trade with Latin America over the next decade, from today’s more than 260 billion U.S. dollars to 500 billion dollars, and increase investment to 250 billion dollars.

Much of this cooperation is based on the idea that Latin America’s need for a robust market for its exports complements China’s changing growth dynamic. Dubbed the “new normal,” the country is evolving from an export-driven economy to a consumption-driven one.

To make the most of the potential trade and cooperation today’s China offers, Latin America needs to continue to deepen integration, and pursue policies to promote wealth distribution, education and equality.

A joint report published earlier this month by the Organization for Economic Cooperation and Development, the ECLAC and the Development Bank of Latin America, said that “to seize the momentum of the new opportunities propelled by China’s new normal and to remain competitive, Latin American and Caribbean economies need first to pursue innovative development policies to better cater to growing Chinese domestic demand, notably in the agro-food industry and services.”

In other words, Latin America needs to try and keep up.