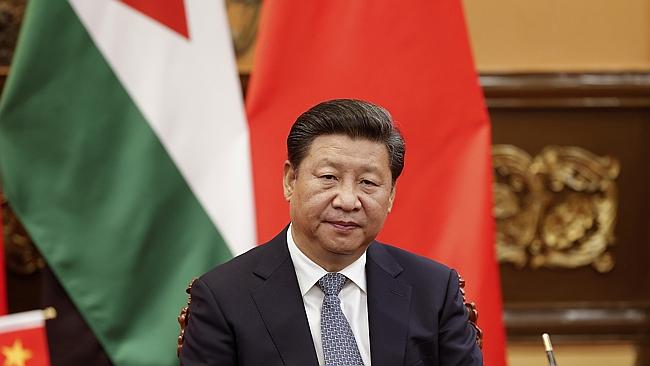 When Chinese president Xi Jinping visits the US next week he will be stopping off in Seattle on the way.

Silicon Valley is abuzz with the news of the visit, which will see some of its top executives fly north for meetings with the Chinese leader and his entourage.

Xi is rumoured to be having a private dinner with Microsoft founder Bill Gates at his home in Seattle.

He is also expected to attend a meeting organised by the Paulson Institute between Chinese and America business leaders in industries including technology, finance and entertainment.

No one quite knows what will come of the meetings, given issues such as US internet companies like Google no longer operating in China. But like all overseas visits by international leaders, the visit may be as much symbolic as practical.

As the world queries the strength of the Chinese economy, which has been the powerhouse of world economic growth in recent years, Chinese leaders are pitching to the world their story of the “new normal”.

The “new normal” is a new Chinese economy where headline growth rates will be lower than the world has come to expect — but it is not growth which is about to collapse into recession.

Under the “new normal” the economy is shifting from investment-driven growth to consumption-driven growth and the country’s manufacturing industry is moving from low tech to high tech.

The “new normal” is also about encouraging a shift from the state-owned enterprise sector to the private sector and from manufacturing to more high tech, innovative products of the future, away from the cheap T-shirts and Barbie dolls of the past.

Chinese officials are pointing to the importance of a keynote address to the summer Davos meeting in the port city of Tianjin last week by Premier Li Keqiang.

It was a detailed, high-level speech clearly designed to communicate the current thinking of Chinese leaders to a world asking questions about the future of Chinese financial markets and its economy.

The speech had two major themes. The first was that the Chinese economy may be slowing (the official rate for this year is 7 per cent) but its leaders are very focused on the need for “stability” and will do whatever it takes to make sure the Chinese economy is not headed for a “hard landing”.

“Despite the moderation in speed, the performance of the Chinese economy is stable and moving in a positive direction,” Li said. “China’s steady economic development has benefited the people.”

Trying to head off some of the near hysteria about the Chinese economy in recent months, he pointed out that China has created more than seven million new urban jobs in the first six months of this year, with the unemployment rate in the big cities around 5.1 per cent, while retail sales in the cities are growing at more than 10 per cent.

He also pointed to the growing numbers of Chinese tourists travelling the world. Last year Chinese tourists made more than 100 million trips overseas — a figure already up by 10 per cent this year. Their willingness to travel and spend money abroad, he argued, was a sign of their own economic optimism.

Chinese authorities, he argued, were “stepping up risk management to make sure that no regional or systematic financial risk will occur”.

“The high savings rate and large foreign exchange reserves mean China has ample financial reserves. There is plenty of water in the pool, so to speak.”

Li then went on to explain the transition that is occurring in the economy. The Chinese economy, he said, was “supported not by single pillars but multiple pillars”.

The service sector already accounted for half of China’s GDP, with consumption contributing 60 per cent to growth.

The future, he said, would see a China where “mass entrepreneurship and innovation is a strong power driving development”.

Li pointed to the seven million new graduates China is producing each year, which he argued had the potential to start up their own businesses using the latest in technology.

“Millions of small and micro enterprises are the hope and future of China,” he said.

In many ways China is the opposite of Australia. Both countries have people with bright ideas, but with a market of more than a billion people — a large percentage of which are becoming increasingly tech-savvy — Chinese entrepreneurs have the mass scale to get their companies growing.

One leading example is WeChat, a social media and payments platform launched by a company called Tencent. Little known outside China, the social media app is a Facebook on steroids which has become the communication and business platform of today’s increasingly affluent Chinese youth.

America’s Vice-President Joe Biden last year dismissed China’s potential for innovation, implying that the country’s technological growth had been achieved by copying the developments of the West.

But modern mainland Chinese are both tech-savvy and entrepreneurial and it would be foolish to underestimate the potential for China to produce the next generation of technological and social media business applications.

Li began his speech with the example of a Dalian company he had just visited which had been founded two years ago.

The internet-based company had a register of some 280,000 companies needing machine tools which it was linking up with more than 100 machine tool manufacturers around the country.

The company was not only efficiently linking buyers and sellers, he said, it had created a public platform of users to discuss ways to develop “smart solutions” for upgrading machine tools.

Li made it clear that technology is one of the future pillars of the Chinese economy, a point he will stress in the US.

For countries such as Australia, doing business with China means connecting with the emerging trends in its economy.