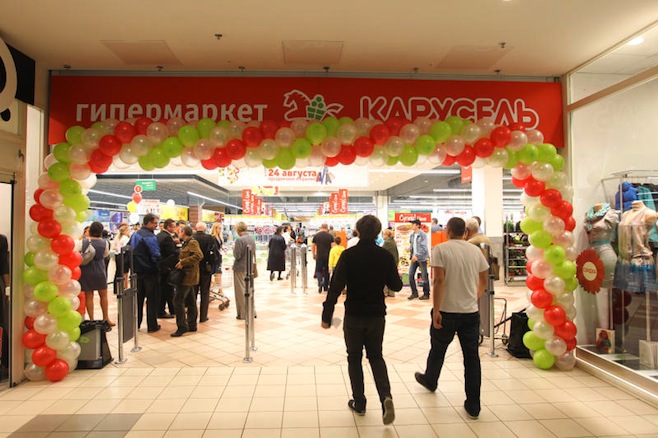 The eateries will operate under the brand name Vkusnaya Kukhnya (“Tasty Kitchen”) and will be located in Karusel hypermarkets, also run by the X5 Retail Group, Karusel’s marketing manager Dagmara Ivanova told RBC.

The first three cafes will be opened by the end of the year in Moscow, St. Petersburg and in Nevinnomyssk in the Stavropol region, Ivanova said, adding that the company will consider expanding the chain next year.

Ivanova didn’t specify the price range for the cafe’s meals but said that Vkusnaya Kukhnya will offer lower prices than restaurants in shopping center food courts.

The move comes as X5 Retail Group, which also runs retail chains Pyaterochka and Perekrestok, is seeking ways to win back the top spot in the Russian retail market. The company lost the top spot to its rival grocery chain Magnit in 2013.