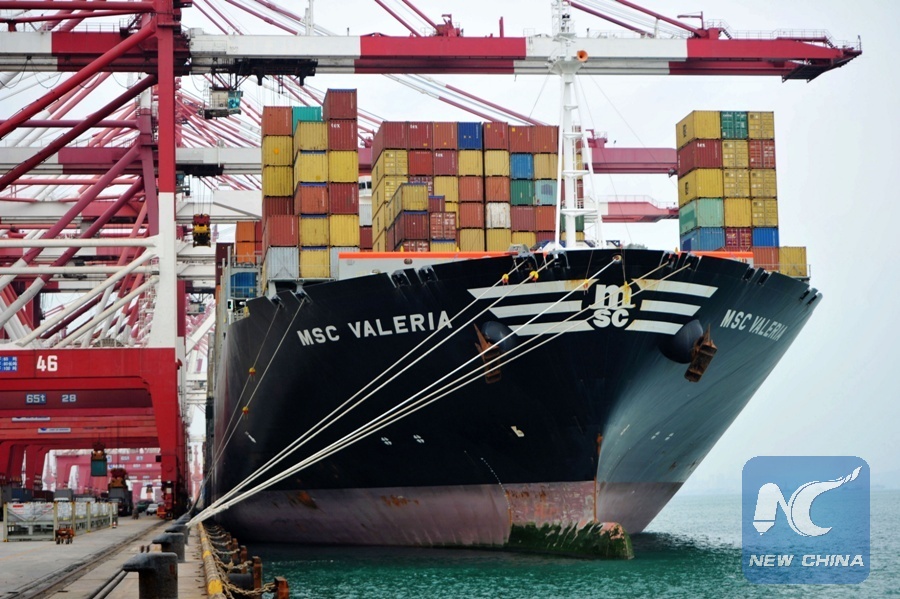 The World Bank on Tuesday kept its forecast for China’s economic growth rate for 2017 unchanged at 6.5 percent, saying that the economy will continue sustainable growth as it is rebalancing from manufacturing to services, despite reemerging concerns for property markets.

In its latest flagship Global Economic Prospects report, the Washington-based lender expected the Chinese economy to grow 6.5 percent in 2017 and 6.3 percent in 2018, unchanged from the forecast it made in June 2016.

Macroeconomic policies are expected to support China’s key domestic drivers of growth despite softness of external demand and overcapacity in some sectors, said the bank.

It expected that China’s efforts to rebalance its economy from industry to services, and from investment to consumption will continue moderate progress.

According to the World Bank, China could secure a sustainable growth in the medium term while avoid a sharp slowdown, if the country continues to push forward additional fiscal reforms, further state-owned enterprises reforms and land and labor market reforms.

“Elevated credit growth, which has been accompanied by rapidly rising housing prices, is an important challenge,” said the bank. It suggested that reforms in corporate sector and tighter prudential measures would help rein in credit growth and thereby reduce macroeconomic and financial stability risks.

In regard to concerns about the capital flows, Ayhan Kose, director of the World Bank Development Economics Prospects, told Xinhua that the capital outflows have actually eased in 2016 and will continue to slow further in 2017.

According to the economist, repayment of dollar-denominated debt by Chinese corporates, which was one of the key forces behind the outflows, will continue to moderate this year.

Also on Tuesday, the World Bank downgraded the global growth forecast for 2017 to 2.7 percent, compared to a 2.8 percent estimate made in June 2016. But the growth rate was higher than the 2.3 percent increase in 2016, mainly driven by improvements in emerging market economies.