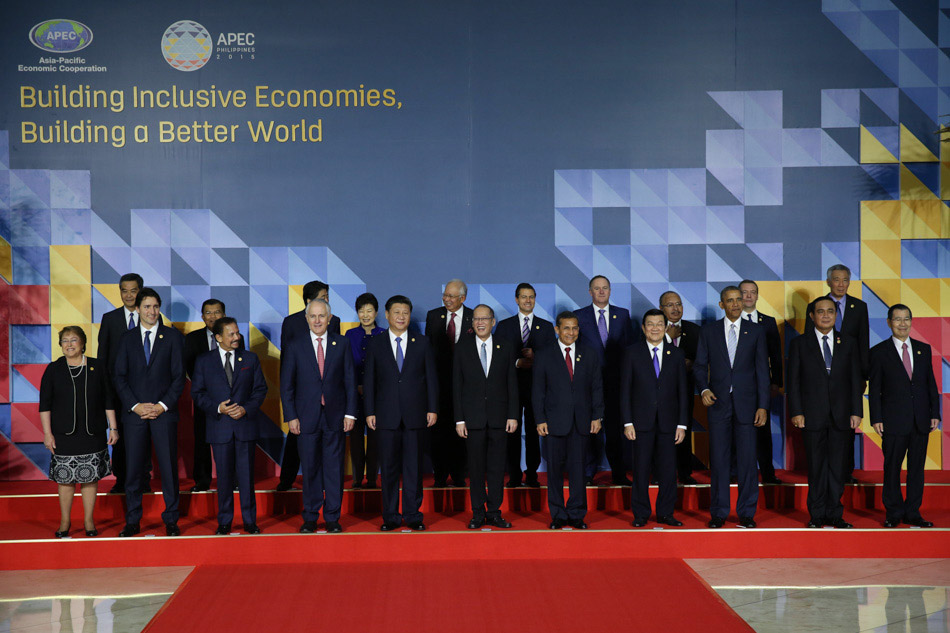 On November 18, twenty-one world leaders gathered in Manila, Philippines for the Asia Pacific Economic Cooperation (APEC) Leaders Meeting. They had much to celebrate. APEC’s work over twenty-five years has done a great deal to knit the region’s economies together and promote growth. But as the leaders looked around the conference table, they didn’t see colleagues from a country that is vital to APEC’s future: India.

Without the region’s third largest and now fastest growing major economy, APEC economies will struggle to capitalize on one of the most promising markets and growth drivers in the wider Asia-Pacific. APEC would not only remain incomplete but also unable to reinvent itself once the recently completed Trans-Pacific Partnership (TPP) trade agreement becomes a reality.

APEC economies, which account for 60 percent of global GDP, are experiencing sluggish growth and must look for opportunities to bring new markets and sources of growth into the region. Adding India to APEC would augment regional trade and investment by deepening India’s integration with the region and create for the first time a truly Asia-Pacific-wide economic landscape.

India’s participation in APEC would help open its giant domestic market to investment for decades to come. India is projected to be the world’s third largest economy by 2030 and will need well over $1 trillion of investment in infrastructure over the next decade. Its burgeoning middle class, estimated to number 450 million in 2030, will offer huge opportunities for APEC investors. On the supply side, India’s labor force, which will be the largest in the world by 2030, will help offset the impact of aging populations and shrinking work forces in APEC economies.

India is the Asian economy that can benefit the most from participation in APEC and offers the greatest potential benefit to its current members. India’s trade with APEC economies, which has grown rapidly over the last fifteen years and already accounts for 40 percent of its overall trade, would no doubt increase if it joins APEC.

Those who oppose India’s membership argue that the country has not progressed enough in its economic reforms and openness to qualify for APEC membership. But that thinking misses the point of APEC itself–to help developing economies move to the next stage through its processes of non-binding discussion and learning.

As APEC considers its future, it should embrace its original mission of enabling key economies, China in 1991 and Vietnam in 1998 for example, to develop the policies and practices needed to open their own markets and gain access to others. India will need over time to bring its trade policies into line with those of APEC members, but there is no reason to think that is impossible. India’s economy is already heavily reliant on trade, which today accounts for 50 percent of its GDP. By comparison, China’s trade to GDP ratio when it joined APEC was 30 percent.

A forward-looking commitment to India’s economic future is precisely the kind of bold initiative needed to boost stubbornly sluggish regional and global growth. It would also counter the worrying possibility of trade arrangements becoming a divisive force in Asia rather than continuing to be the unifying force they have been under APEC. TPP has enormous potential to stimulate regional trade and growth, but if over time TPP has the effect of cutting India off from the region’s dynamism, then its potential benefits would diminish.

In fact, by welcoming India and offering access to the norms, best practices, and standards that have made TPP possible, APEC can help prepare India for eventual membership in TPP or possibly, a Free Trade Area of the Asia-Pacific.

The moment to move is now. Prime Minister Narendra Modi’s ambitious economic agenda, the most promising policy stance from Delhi in a decade, his Act East policy, and his government’s newly expressed interest in APEC have created the necessary space to lift the de facto moratorium on new APEC members and seriously consider the question of Indian membership. Over the last year, the U.S., China, and Russia have all said they would welcome India’s participation in APEC, suggesting that there would be support for its membership. Indian membership in APEC would increase opportunities for interaction and confidence-building between political leaders from these major countries in the region.

The tangible benefits of Indian membership will materialize in the medium to long term. However, if APEC wants to remain as relevant as it was twenty-five years ago and look toward a new phase of Asia-Pacific economic integration and growth, including India is the single most consequential step it can take. India’s inclusion in APEC would be a powerful validation of APEC’s founding vision and a reaffirmation of its key role in making the Asia-Pacific the most dynamic regional economy in the world.