What’s Next For Brazil After Fed Hike, Ratings Cuts, And Other Important Developments? 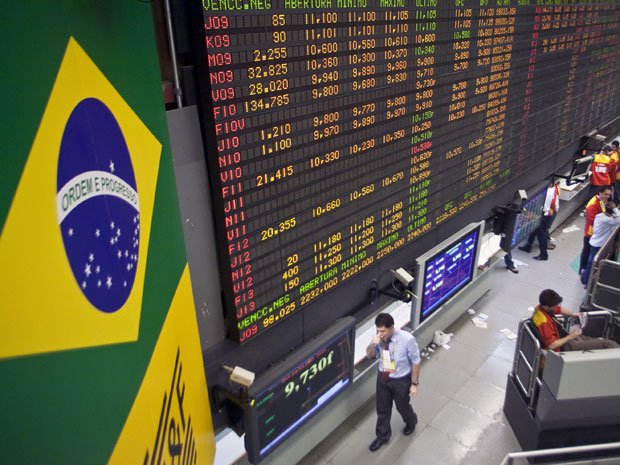 The economic environment is still challenging for Brazil. The country is likely to remain in recession in 2016, as political uncertainty is high.

The overall external position of Brazil is good. Despite a current account deficit, which is improving, the levels of international reserves are high and stable.

Although it may be premature to advocate a clear buying opportunity of Brazilian financial assets at this point, 2016 may be a reversion year, and could bring interesting entry opportunities.

Last week, as the Fed hiked rates by 25 bps in the U.S., Fitch became the second rating agency to downgrade Brazil to junk status.

These events may have opposite effects on Brazilian financial assets. Having a second agency downgrading the rating of the country to junk may add selling pressure from investors that are required to maintain investment-grade rating assets in their portfolios — and a second downgrade caused Brazil to fall out of that category. The start of the hike cycle in the US materialized market expectations about future interest rate differentials between emerging and developed markets, which could help ease volatility and selling pressure on such assets.

The Federative Republic of Brazil is currently classified as BB+ negative outlook by Fitch, Baa3 and under review for a downgrade by Moody’s, and BB+ with a negative outlook from S&P. Brazilian assets have underperformed many or all of their peers in equity, currency, and bonds, raising the question of whether 2016 will be a good time to buy.

Political uncertainty is high, given the president’s impeachment. The recent imprisonment of BTG’s André Esteves and the replacement of Minister of Finance Levy further complicate the situation.

Brazil is likely to remain in recession in 2016, although to a lesser extent than in 2015. Inflation and unemployment are likely to remain high, preventing a more pronounced economic recovery. The government budget balance should post a deficit around 7%, along with a primary deficit. Political noise could be around for a while, and although still having one of the most favorable primary fiscal balances in Latin America, political uncertainty raises concerns about the maintenance of the position adding to overall concerns with fiscal balance.

On the other hand, a more favorable trade environment along with the recovery of selected commodity prices and a depreciated currency should continue boosting exports and deterring imports, leading to an improvement of the current account.

The overall external position of Brazil is good. Despite posting current account deficits since 2008 (which are improving), foreign direct investment is well higher and the levels of international reserves are also high and stable. International reserves remain above USD $350 billion, a level only reached in 2011 and maintained thereafter, even in the recent adverse environment for the country. Brazil maintains a small net external debt position with a low share of foreign currency debt in total debt. 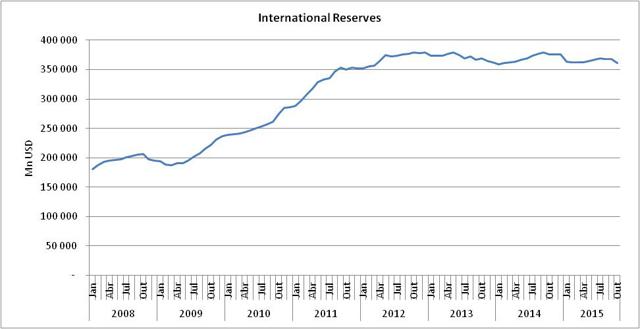 Despite political noise, institutions in Brazil are stable. When looking at rankings from Transparency International, Brazil still compares favorably to most of its Latin American peers, and ahead of other BRIC countries China and Russia. That said, it’s important not to ignore the lack of infrastructure investment, and tax and labor market reforms, all key for the long-term development of the country.

Financial markets have been adverse for Latin America in general and Brazil in particular. Year to date, in USD terms, the Brazilian stock exchange lost 40%. While Mexico only lost 13%, Chile only lost 17%, Argentina only lost 5%, Peru lost 41%, and Colombia lost 46%. This suggests that in equity markets, value loss may not be a Brazil specific event but a wider story related to lower expectations for commodity prices and worldwide growth in a monetary tightening environment in USA. This conclusion is consistent with P/E ratios, measure by which Brazil ranks top, only next to Mexico.

Brazilian international bonds trade well above investment grade Mexico or Colombia, with 10 years in the 7% yield area against high 3% low 4% of those peers, respectively. While Colombia is an investment grade country, maybe fundamental differences are excessively priced in by the markets. While Colombia presents a better economic structure mirrored in inflation levels, growth, investment and savings, the budget balance, debt and external position compare poorly to Brazil. If one believes that Brazil’s economy is starting to revert in 2016 maybe we can say that Brazil bonds are cheap when compared to Colombia’s.

What about the BRL/USD foreign exchange? How much further down can it go? In 2015, the BRL currency was a clear looser. According to the Brazil Central Bank weekly expectations report Focus, it may end 2016 at 4.20, a historical record representing 5% devaluation from current levels. While the external sector reversal with growing exports and falling imports may offer some support for the currency ahead, political uncertainty could act in the opposite direction. Probably good entry points may appear as local rates could peak between 14% and 15% in 2016.

In my view, with the start of the hike cycle in US mostly priced in and the recovery of selected commodity prices, 2016 could be a more favorable year for Latin American countries and Brazil. Although it may be premature to advocate a clear buying opportunity of Brazilian financial assets at this point as several challenges lay ahead, political noise, that in itself is negative, can create interesting entry points for those used to volatility in Brazil financial markets.

When considering the news flow seen during 2015, the year could have been much worse than it was for financial assets performance, namely when looking at equity markets. In 2016 with more political noise, some good buying opportunities may come up if you have any expectations about longer term improving economic fundamentals, like I do.

Being Brazil a wide market, full of potential, with well managed companies listed in US Stock Exchange, some good opportunities may come up. Names like (former) Ambev , Embraer and Vale are examples that not everything is negative. In addition, high interest rate environment is normally positive for the profitability of the banking sector.

With a comfortable international reserves position, an internal market which size is only rivaled by China or India and a track record of fiscal responsibility long enough to deserve some trust, I will be monitoring the country to find interesting opportunities of investment in private sector equities that may come up in 2016. Stay tuned!