WASHINGTON, June 12 (Xinhua) — The U.S. House of Representatives on Friday failed to approve the Trade Adjustment Assistance (TAA) legislation, which would have given aid to U.S. workers who lose their jobs as a result of U.S. trade deals with other countries, delivering a major blow to President Barack Obama ‘s trade agenda. 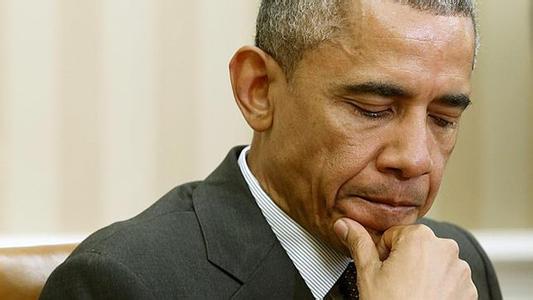 The U.S. House rejected the trade measure in 302-126 vote minutes after House Democratic Leader Nancy Pelosi said on the floor that she would vote against the TAA. “If TAA slows down the fast track, I’m prepared to vote against TAA,” she said.

Under the rules for considering the trade package in the House, the TAA had been packaged with trade promotion authority (TPA) bill, which would grant the president the fast-track authority to negotiate trade deals that cannot be amended by Congress. A vote against the TAA means the trade package, which passed the Senate last month, could not become law for now, though the House on Friday voted 219-211 in favor of the TPA bill.

Democrats have traditionally supported the TAA portion, but are generally skeptical about the TPA measure. Liberal Democrats and activists from labor unions have launched campaigns in recent weeks to block the TPA legislation, arguing that trade deals have hurt U.S. workers and increased income inequality. They also said that voting against the TAA is the only way to stop the fast-track of trade deals.

Earlier Friday, Obama traveled to Capitol Hill to lobby members of the House Democratic caucus to back his trade agenda. Asked about the vote, Obama said “I don’t think you ever nail anything down around here. It’s always moving.”

Failing to advance the trade legislation would delay the conclusion of the Trans-Pacific Partnership (TPP) negotiations, a top priority of Obama’s second-term economic policy.

Other TPP participants have signaled that they would like to put their best offers on the table and conclude the Asia-Pacific trade deal, which covers 40 percent of the global economy, only after the Obama administration has secured the TPA from Congress.

“If we don’t do this, we will send a signal to the world that America is not reliable,” said House Ways and Means Committee Chairman Paul Ryan, who voted for the TAA measure and the TPA bill. “In the global economy, if you’re standing still, you’re falling behind, because other countries are negotiating trade agreements without us,” he warned.

Friday’s failed vote doesn’t mean the end of the Obama administration’s trade push. The House could vote again on the trade legislation next week, according to the news website Politico.

The White House on Friday downplayed the defeat as a ” procedural snafu.” “We have a situation where we have got a clear bipartisan majority in the House. We have to work our way through the procedure so that can make its way to the president’s desk,” White House spokesman Josh Earnest said at a regular press briefing.

“I urge the House to pass TAA without delay so that more middle- class workers can earn the chance to participate and succeed in our global economy,” Obama said in a statement after the vote.