NEW YORK, Oct. 19 (Xinhua) — The Chinese economy is slowing to a six-year low in the latest quarter, but beating market expectations and still impressive, U.S. experts have said. While the industrial sector continues to weaken, the services sector, however, has actually accelerated over the past year.

China’s economy posted a 6.9-percent growth year on year in the third quarter of 2015, lower than the 7 percent in the first half of the year, the National Bureau of Statistics (NBS) announced on Monday. 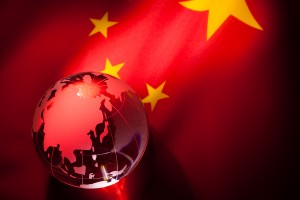 “This is the lowest growth rate seen in China since 2009, but (and this is a big but), this figure is also better than what was expected,” said Stephen Guilfoyle, managing director at Deep Value, Monday.

“China’s GDP is growing off of a very large base, so even 6 percent growth is more than 10 percent growth five years ago,” Brendan Ahern, chief investment officer of U.S. fund company KraneShares, told Xinhua on Monday.

Even during its slowdown, China continues to grow at a pace that other major economies envy, according to the Wall Street Journal. China’s economy is nearly twice the size it was just six years ago, meaning at lower growth rates it remains a major engine for global consumption and production.

“There is a growing disparity between the traditional drivers of China’s economy and the drivers that will lead the country going forward,” Ahern said. “Industrials and manufacturing continue to face a headwind due to poor global growth while domestic consumption as evidenced by September’s strong retail sales is doing well,” Ahern said.

Retail sales of consumer goods grew 10.9 percent year on year in September, slightly higher than 10.8 percent for August, NBS data showed. The figure marked the highest rate of growth since the beginning of this year.

“Growth in services output picked up in the third quarter, marking the fourth-straight quarter of acceleration in Chinese services activity,” Wells Fargo Securities said in a note Monday.

The shift in growth drives from the industrial sector to the services sector has been widely publicized as a policy objective of the Chinese authorities, and these recent figures will thus likely be viewed as a positive development in that regard.

Domestic consumption, which is 48 percent of GDP, will become increasingly important, Ahern said. ( “I am very optimistic that China’s policymakers are very attuned to the issues that need to be addressed. There has been a remarkable focus on guiding the economy through a difficult environment that originated beyond China’s borders,” he said.