The Emerging China-Russia Maritime Nexus in the Eurasian Commons

One of the more interesting aspects of Asian maritime politics is the Russia-China naval relationship. Both are major maritime powers with considerable stakes in regional security. Like Beijing, Moscow has sought to safeguard its maritime interests in strategically vital spaces in the Asia-Pacific by initiating a military modernization program aimed at projecting a strong national image. Significantly, despite having common areas of interest and operations, the PLA Navy and the Russian Navy have managed to maintain a smooth working relationship, which has only been getting stronger with time. 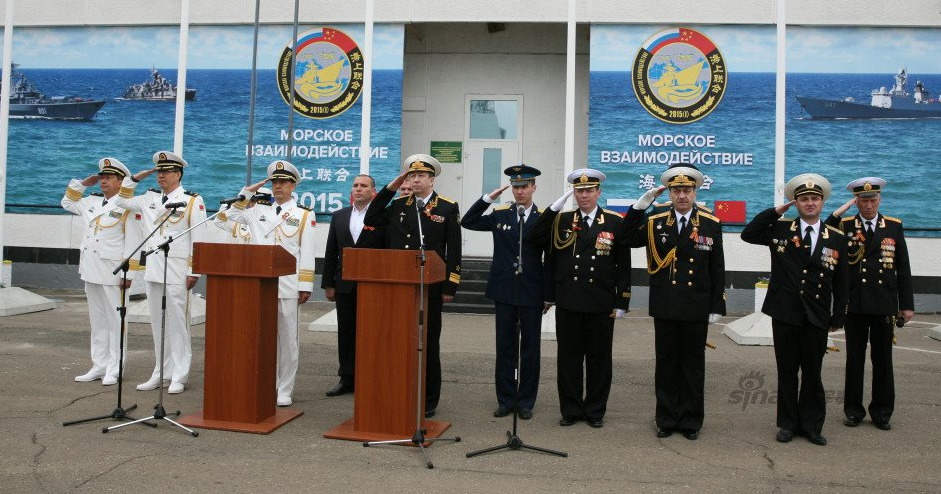 The nautical synergy was on ample display last month when the Russian and Chinese navies embarked on their latest maritime exercise. “Joint Sea 2015 II,” held in the Sea of Japan between August 20and 28, was an interaction of unprecedented operational integration and a workout menu that featured live-firing drills, anti-submarine operations, close-support combat drills, and even joint-beach landings. The sheer magnitude of the exercise – in terms of the size of the fleets involved, the duration of engagement, and the nature of joint drills – made it a remarkable undertaking. With 16 surface ships, two submarines, 12 naval aircraft, nine amphibious vehicles fielded by the Russian navy, and six warships, six helicopters, five fixed-wing aircraft, and amphibious assets from the Chinese side, this was arguably the largest maritime exercise the two navies had ever undertaken. 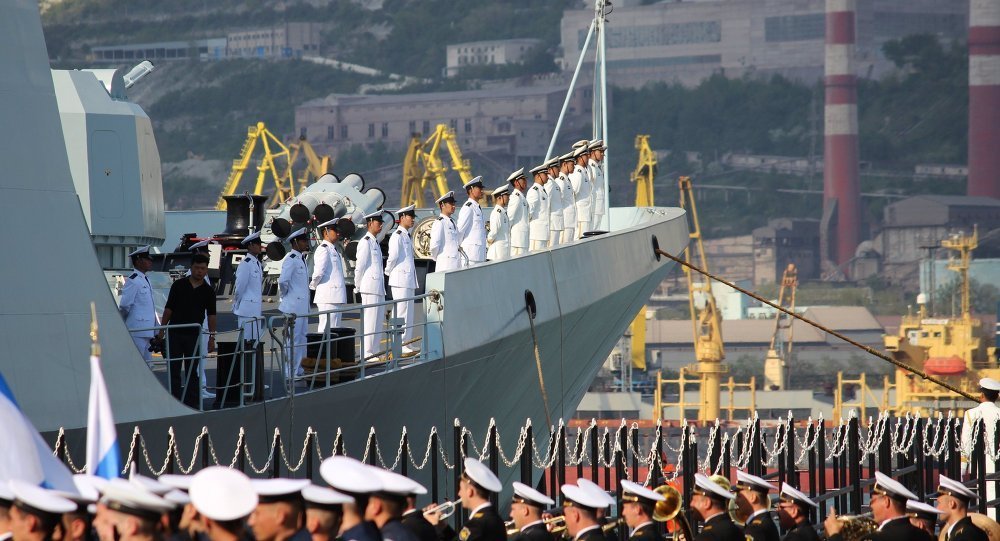 It was the presence of 400 Chinese marines, however, that was the event’s most striking feature. After the Chinese defense white paper announced an expeditionary template of operations in May 2015, recent PLA-N exercises have had an amphibious component, including ground assault drills by marine forces. The PLA-N has also conducted a series of island defense exercises, involving the deployment of dedicated amphibious assets in the Western and Far-Eastern Pacific. In keeping with the new focus on expeditionary operations, the participating contingents conducted a joint amphibious and airborne landing at the Cape Klerk firing range in Russia’s Far East.

A follow-up to Joint-Sea 2015 – a smaller naval exercise held in the Mediterranean Sea and Black Sea in May 2015 – the recent interaction was aimed ostensibly at countering America’s strategic dominance of maritime-Eurasia. Russian and Chinese leaders believe that the U.S. is the central destabilizing factor in the region’s geopolitics and that it is involved in a systemic containment of Moscow and Beijing. By staging close-combat naval exercises, they hope to warn Washington that its days of lording over maritime-Asia are numbered.

Still, Russia isn’t unduly worried. Ever since Moscow and Beijing signed an agreement in December 1992 on military technology cooperation, China has purchased more defense items from the Russian Federation than from all other countries combined. These include Kilo class submarines, Su-27 aircraft, Sovremenny-class destroyers, and many varieties of munitions and missiles. Although Beijing’s dependence on Moscow for military platforms has reduced since 2006, Russia has continued the supply of vital maritime stores and equipment. For Russia’s strategic elite, growing maritime operational ties with China are a logical progression of the military relationship.

The trajectory of recent maritime exercises, however, suggests that the partnership has exceeded the original template of military cooperation. The naval drills are significant not only for the size of the contingents involved, but also for the quality of interaction, which now seems as comprehensive as the U.S. Navy’s many structured drills with its Asia-Pacific partners. Needless to add, the maritime relationship has benefited from a huge political investment. President V.V. Putin has taken a personal interest in nurturing maritime ties with China. Beijing, in search of an ally to mount a counter-U.S. rebalance strategy, has been happy to play along. 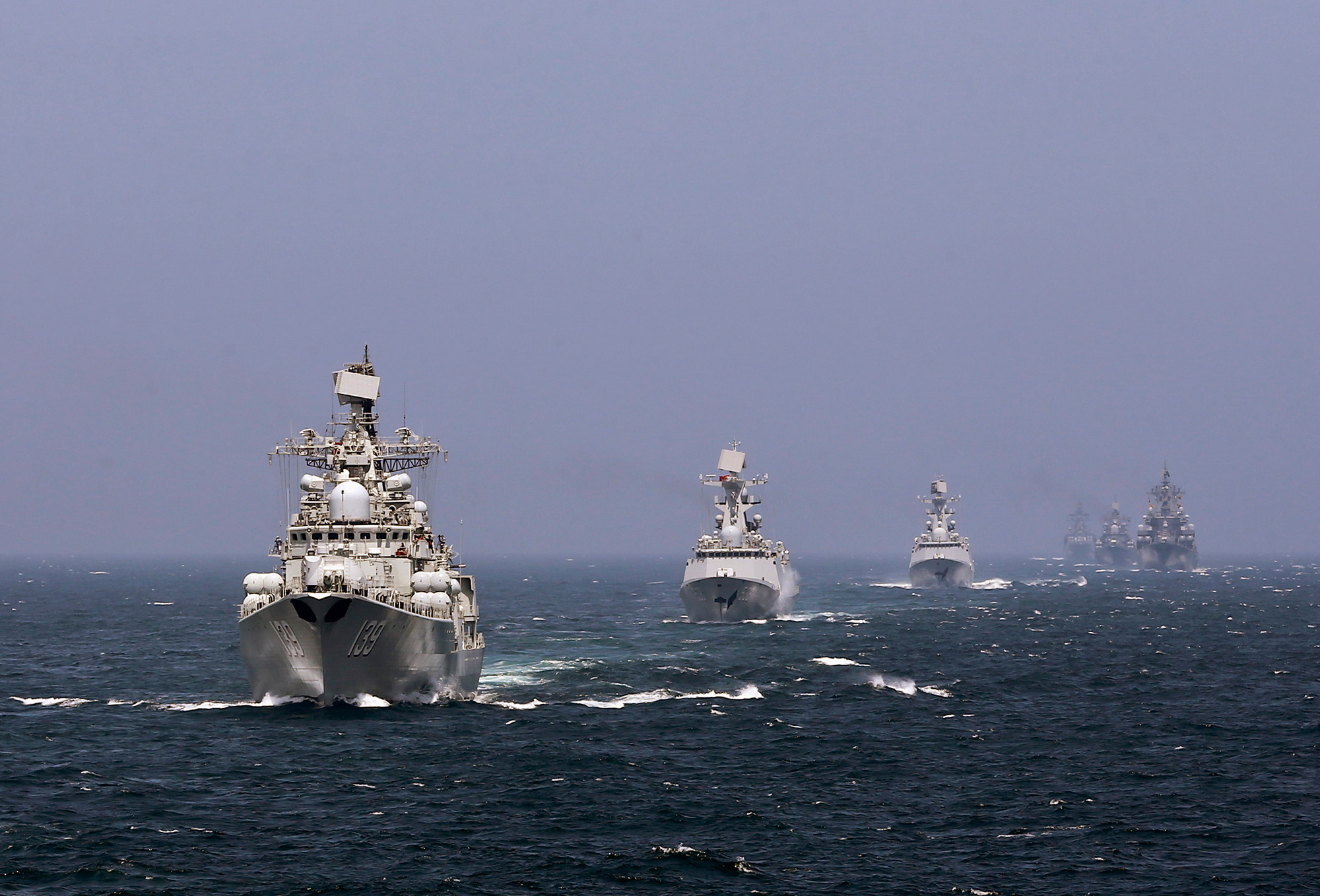 The nautical parleys also reveal the abiding connection between geopolitics and maritime strategy. The Sino-Russian maritime relationship is the product of a certain geopolitical context in which both countries have been feeling strategically vulnerable to U.S. military pressure. Their evolving maritime strategy has been a reflection of regional maritime politics, which they sense is being orchestrated to Washington’s advantage. Russia and China have also watched U.S. allies – Japan, the Philippines, and Vietnam – bolster their military presence in the Asia-Pacific with a growing sense of alarm. Russia has responded by formally co-opting China as a “core partner” in its new maritime doctrine, thus signaling a desire for greater maritime influence in the Asia-Pacific. Not surprisingly, Putin was celebrity-in-chief at China’s recent Victory Day parade in Beijing.

The symbolism of growing Sino-Russian maritime synergy is both notionally relevant and functionally instructive. The military exercises have helped bolster the Sino-Russian strategic relationship.

In material terms too, the drills have a significant implication. The maritime exercises have provided a framework by which Russia and China can develop their individual and collective defensive capabilities. Intensive combat-oriented operations also serve to signal a shift in the strategic balance of Asia. While the U.S. is still the dominant power in the Asia-Pacific, growing Chinese and Russian nautical interaction heralds the beginning of a multi-polar maritime order in Asia.

For India, maritime intimacy between Russia and China holds significant implications. In recent times, both Russia and China have expanded their strategic interaction with Pakistan. China’s decision to include the development of Gwadar port in the first phase of the proposed $46 billion corridor, as well as the impending contract for the transfer of eight Yuan-class submarines make it Pakistan’s principal maritime partner and patron. Russia too has been deepening its defense ties with Pakistan, much to India’s chagrin. A growing Sino-Russian-Pakistani maritime nexus in the IOR poses a challenge to India’s influence