The five co-chairs of the Council jointly signed the Annual Report 2013-2014, which was submitted to the five Heads of State that afternoon. Representatives from Brazil, Russia, India, China and South Africa fully exchanged views on the working plan of the next year. Dr. Wang Lei from Fudan University also made an introduction to the BRICS Information Exchange and Sharing Platform jointly developed by the Council and the University.

The BRICS Business Council has made many achievements in promoting the trade, investment and manufacturing ties among the BRICS business communities since its establishment, and will be dedicated to reaching more practical results in the areas of infrastructure, energy and green economy, manufacturing, financial services, skills development, etc. 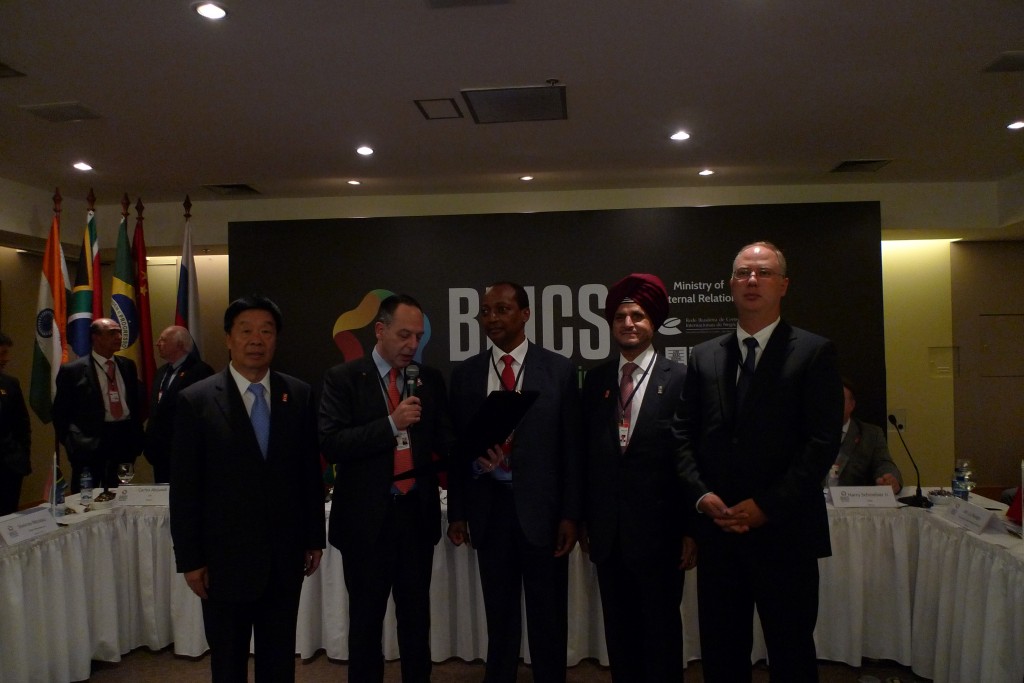