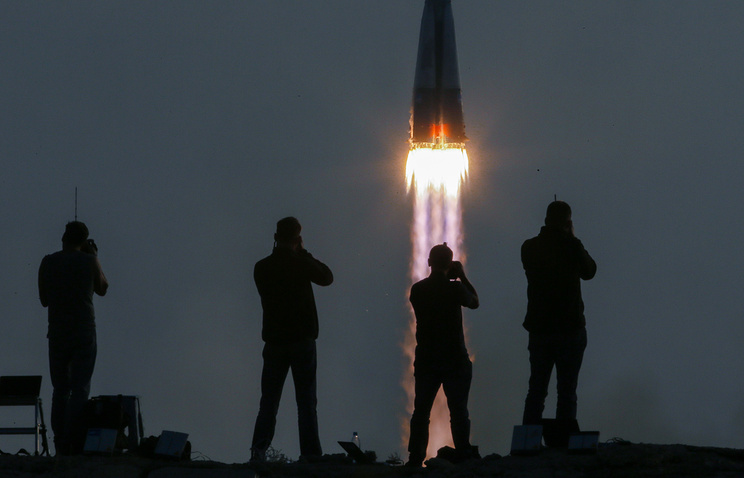 The manned launch of the Soyuz MS-02 spacecraft to the International Space Station (ISS) is scheduled for October 19, the crew will set off to the Baikonur Cosmodrome on October 7, a source in the Russian rocket and space industry told TASS on Monday.

“It is planned that the primary and backup crews depart for the launch site on October 7. The launch is scheduled for October 19, 11:03 Moscow time (8:03 am GMT),” the source said.

As reported earlier, the launch had been postponed because of a burned cable inside the Soyuz MS-02 spacecraft.

The Roscosmos State Corporation for Space Activities declined to comment on this news.

The Soyuz MS-02 spacecraft was to be launched to the ISS on September 23, with its crew comprised of Russian cosmonauts, Sergey Ryzhikov and Andrei Borisenko, and US astronaut Robert Shane Kimbrough. However, the launch was postponed due to a technical malfunction.

The launch of the first spacecraft of the Soyuz MS series had also faced a problem. Its launch to the ISS was conducted on July 7 instead of June 24 due to a malfunction in the spacecraft’s system of traffic guidance.