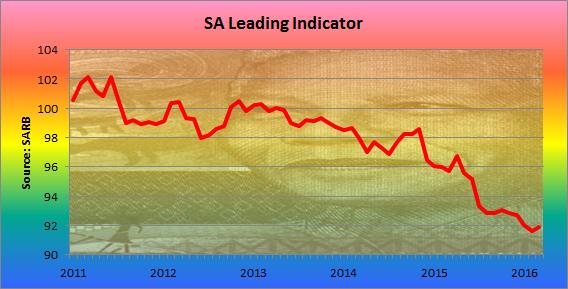 The composite leading business cycle indicator compiled by the South African Reserve Bank (SARB) increased by 0.3 per cent in March 2016 compared with February. This was the first monthly increase since October 2015 and may herald a turning point in the business cycle. Four of the nine component time series that were available for March 2016 increased, while five decreased.

The largest positive contribution to the movement in the composite leading indicator in March resulted from an increase in the US dollar based export commodity price index, as well as an acceleration in the six-month smoothed growth rate in the real M1 money supply. The largest negative contributions in

March came from a decrease in the number of residential building plans passed, followed by a deceleration in the twelve-month percentage change in job advertisement space. The latter may be overstating the negative contribution as job recruitment moves from print media to the online space.

South Africa, like the United States, uses at least 20 different indicators to determine business cycle turning points, rather than just saying two consecutive quarters of contraction result in a recession. The last recession in South Africa on that basis took place in 2009.

As yet there are few other indicators to show that March may have been the bottom, but the recovery in the rand, business and consumer confidence, as well as a jump in bulk exports, which require a rise in mining production and transport to achieve a near-record monthly tonnage, do seem to corroborate the turn in the business cycle. 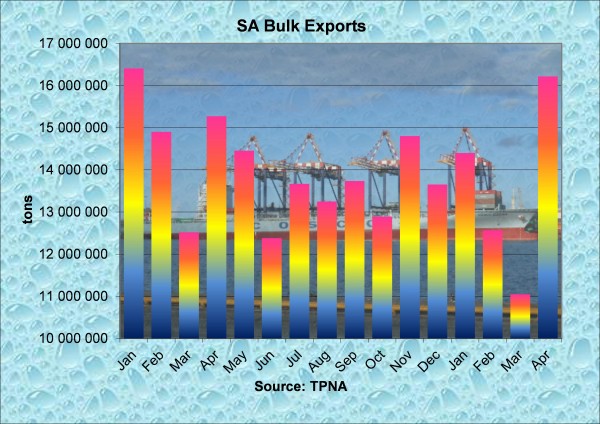