South Africa is unraveling – and no one seems to care 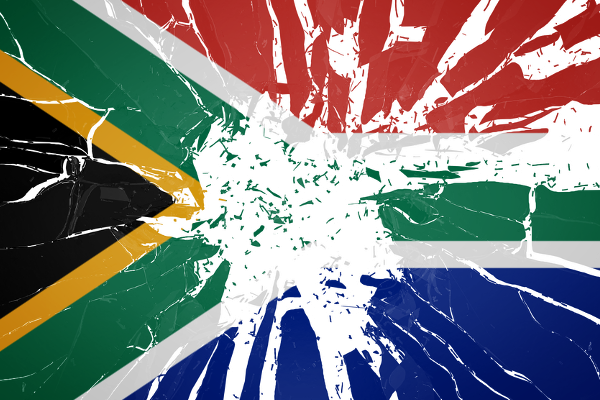 South Africa is headed for a major crisis because important plans for the country are beginning to unravel under poor leadership, University of Witwatersrand Vice-Chancellor Adam Habib said on Wednesday.

“The time for diplomatic conversations in our society is over. I am going to be fairly blunt and frank about what I think is the challenge of South Africa in 2015,” he said at the 28th annual labour law conference in Sandton.

“I think we are in a moment of reckoning. I think that the great innovations of 1994, the political pact of 1994, is slowly beginning to unravel. I think the easy stuff – the low hanging fruit – has been plucked.

“We are in a moment where we need nuanced and mature strategic leadership, and frankly I don’t think we have it. We don’t have it in the state, the presidency, the corporate sector and the union movement.

“Unless we get that strategic leadership, we are headed for a national crisis of incredible proportions.”

He said some people believed that things would change in three or four years, when the leadership changed.

“I don’t think we have three or four years. And the problem is, if the malaise continues, it roots itself and I don’t think a turnaround would be easily possible thereafter.”

‘CEOs moan and groan, but don’t do anything’

He said that if he was a betting man, and someone asked him if the country would change, he would say no.

“The CEOs moan and groan, but they don’t do anything. The unions are fighting about who takes the secretary general [position] of Cosatu and there is no movement.

“The president, no one knows what he is doing actually,” he said to laughter from delegates.

Habib looked at different aspects of the “game plan” that were unraveling.

The first was the National Development Plan, which he said was supposed to develop and address inequality.

“As these guys at the bottom grow, as they do better, the guys at the top will grow faster. They [the people at the top] own assets, they own properties… so what you have is inequality growing as poverty alleviation happens.”

Habib said he spoke to commissioners from the National Planning Commission about this problem, and according to him they said: “Ja, ja, ja… shhhh.”

He also tackled the problem with state-owned enterprises, saying almost all of them were in a state of crisis, mostly because of bad appointments to boards and political interference.

“Unless you deal with the problem of patronage that is involved in the board appointments… you will never address the crisis.”

In terms of Black Economic Empowerment, Habib said that over the last 10 years, the biggest growth of entrepreneurship in the country was in Stellenbosch.

“It [the growth] has been in the Afrikaans communities, around places like Stellenbosch.”

He said that if entrepreneurs had to be developed, resources, networks, skill-sets and risk were all needed.

“What does BEE do? It gives you resources, it creates a network, we are not sure about skill-sets… and it takes away the risk.

“So what happens is the explosion of entrepreneurship happens in the one place where it is not intended actually. In fact what BEE does is create a group of parasitic bourgeoisie – you know what is worse than a capitalist? A lazy capitalist.”

‘They don’t realise the plan is unraveling’

Habib then turned his attention to Johannesburg and new suburbs that were emerging, which effectively resulted in “privatised cities”.

“Why [does this happen]? Because the middle and upper middle classes are saying ‘we can’t get services’.

“But if you speak to the guys in municipal governance, they say ‘we are building a world class city’.”

He said leaders often did not recognise that the plans for the country were “unraveling”.

He said different aspects of society, including unions and corporations, did not want to compromise in fixing the country’s problems.

“The problem with the corporate sector… is their view is that all we need to do is deregulate the entire environment.

He said thinking about the way South Africa should progress should not come from ideas we have had in the past.

“The left, and the right, government, labour and the corporate sector are singing from hymn sheets developed in the 1980s and 1990s.”

He said that if he was person advising the president, the first thing he would tell him was that the new plan for the country could not begin to be re-thought if the rich did not start the process.

“Look at Maria Ramos [Barclays Africa Group CEO]… who must be earning anything between 25 and 35 million rand a year. That is about R3m a month.

“Do you think your life changes if you don’t take an increase for two [or three] years?”

He said other executives, including vice-chancellors like him, would also not take increases.

Habib said that if this was done, one could then go to unions and say that for three years, increases would not go above inflation, so that the money could be invested in things like education and healthcare.