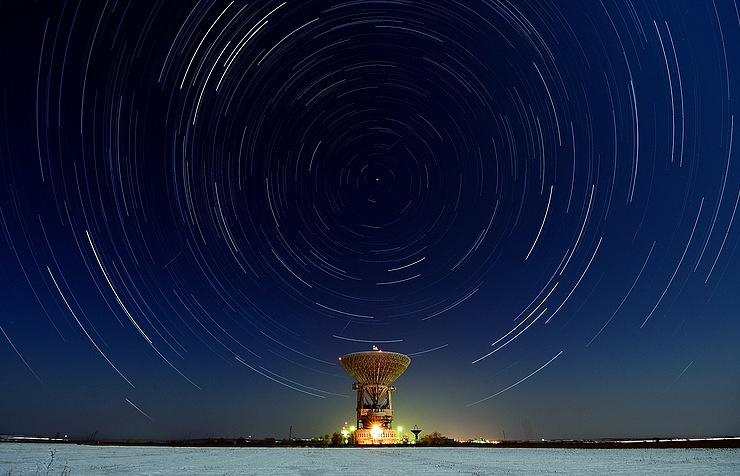 The first photo of a ‘black hole’ in the Universe, the delivery of a new module to Russia’s segment of the International Space Station (ISS), the start-up of the PIK reactor and also driverless vehicles in Russian cities are what’s in store for science in 2017.

An international group of scientists working under the Event Horizon Telescope project will make the first ever attempt in April to get a picture of a ‘black hole’ horizon – a boundary that absorbs matter and radiation, and serves as a point of no return for them. Astronomers will integrate nine radio telescopes around the world and try to discern Sagittarius A – a ‘black hole’ presumably located in the center of our galaxy at a distance of about 25,000 light-years.

The number of Russian cosmonauts working aboard the International Space Station will be temporarily scaled down from three to two starting in March 2017 before the module Nauka (Science) joins the Russian segment to install new scientific equipment and organize workplaces on the world’s sole orbiter. The module’s launch is planned for the end of 2017.

Overall, Russia plans to launch four manned Soyuz MS spacecraft to the ISS next year (on March 27, May 29, September 12 and October 26), and also three Progress space freighters (on February 2, June 14 and October 12).

The Cassini spacecraft will cease to exist at 16:07 Moscow time (13:07 GMT) on September 15, burning up into Saturn’s atmosphere. Cassini will begin its final series of maneuvers on April 22.

NASA launched Cassini with the Hyugens probe to Saturn almost 20 years ago. The Cassini-Hyugens mission discovered geysers on Saturn’s moon Enceladus, a methane lake on Titan’s surface, and also explored gigantic storms in the planet’s atmosphere.

The start-up of the PIK reactor located in Gatchina near St. Petersburg in northwest Russia is scheduled for 2017. The work on building the reactor began back in 1976 but was suspended after the Chernobyl nuclear disaster. The decision to complete the reactor’s construction was made only in 2007.

The reactor is designated to carry out research in the physics of fundamental interactions, nuclear physics, condensed matter physics, material science, molecular biophysics, isotope production and in other fields. Its physical launch at minimum capacity took place in late 2011 – early 2012. The start-up envisages the reactor’s launch at its designed capacity. There are plans to begin the reactor’s regular use in 2018-2019.

The transport company, Traft, plans to start using driverless trucks in Moscow, St. Petersburg, Yekaterinburg and Krasnodar in 2017. A driver who will be seated in the truck’s cabin will be able to intervene in the system’s work.

Also, the company Delimobil plans to test driverless car-sharing in Moscow in 2017. If the tests prove to be a success, car rentals will begin in 2018-2019. At the initial stage, vehicles will be leased out together with the driver.