San Marino to Export Meat and Cheese to Russia 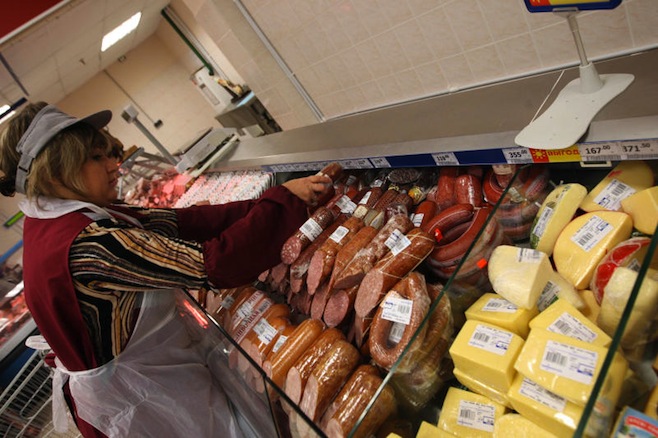 Banned European meat and cheese could reappear in Russian supermarkets after an agreement was signed between Russian businessmen and San Marino authorities, Rossisskaya Gazeta reported Friday.

The signing of the agreement was confirmed to Rossisskaya Gazeta by Vladimir Lishchuk, executive director of the National Association of Wholesale-Distribution Centers, who represented the Russian side. Details of the deal will be announced later.

Lishchuk told the newspaper that San Marino — one of the smallest states in the world — has not fallen under the Russian import embargo and can supply Russia with certain meat products, such as ham, and hard cheeses including Parmesan.

The products will be supplied in relatively small quantities and sold in the higher price bracket, Lishchuk told Rossisskaya Gazeta.

Russia banned the import of a wide range of food products from Western countries in response to Western sanctions imposed on Russia over its actions in Ukraine. Last year, the Kremlin extended the embargo to Aug. 5, 2016

Rosselkhoznadzor, Russia’s agricultural watchdog, said it will not allow the embargo to be circumvented via San Marino, the TASS news agency reported Friday. Rosselkhoznadzor’s website lists only one company that is licensed to import prepared meat products into Russia from San Marino.