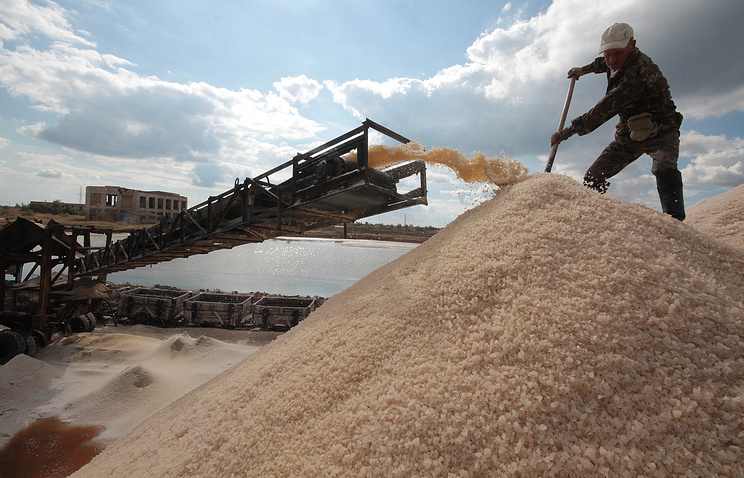 Salt was included in the list of products that are prohibited from being imported to Russia from countries that have imposed sanctions against the country, according to the Russian government.

Salt (including table and denatured salt), pure sodium chloride, salt dissolved or not dissolved in the water, sea water were added to the Government decree from August 7, 2014, on the food embargo against the US, EU and other countries.

The decision comes into force on November 1, 2016.