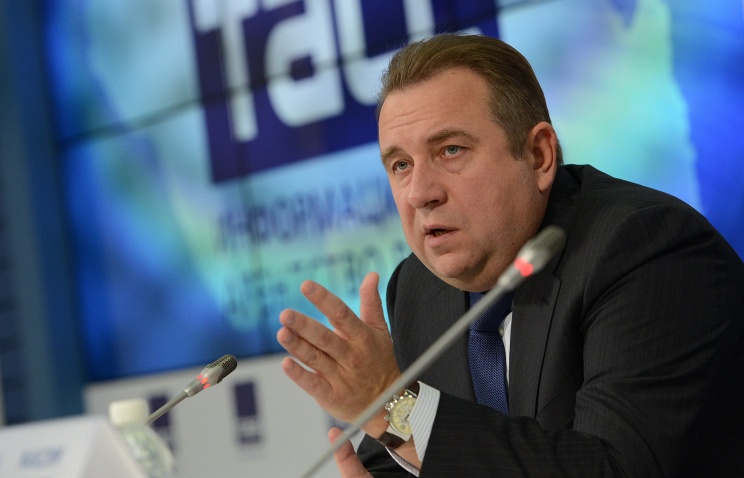 About orders from defense ministry

Rakhmanov also said, Russia’s defense ministry accounts for 75% in the business portfolio of USC, with the rest of orders coming from commercial shipbuilders and partners in military technical cooperation. “As of today, we have a rather weighty portfolio of orders. Orders from the Russian defense ministry account for 75% of the corporation’s portfolio. The rest are the tasks we are realizing in the military technical cooperation and in civil shipbuilding,” he said. He said that despite serious efforts taken “to maximally fulfill the state defense order,” it had not been 100% executed due to a number of reasons. “First of all, it is because there are rather many flagships, which are technically complicated products with a lot of research and development work, in our order,” he said.

About building of aircraft carriers

The President of the corporation said that USC will have the full technological capability by the beginning of 2019 to start building helicopter carriers and aircraft carriers. “We’ll be ready to begin construction of helicopter carriers as well as aircraft carriers,” he said. “If you take up the technological capability for building aircraft carriers, we hope to acquire it by the beginning of 2019 as long as modernization works are completed,” Rakhmanov said. “That’s the level of readiness that will enable us to say whether or not we’re prepared to build a large-tonnage ship, be it a commercial vessel or a naval ship.” He also stressed the sufficient capability of the personnel of shipyards in the Northwest of Russia, saying it allowed the USC to organize the transfer of ‘competences’ between the various constituent elements of the corporation.