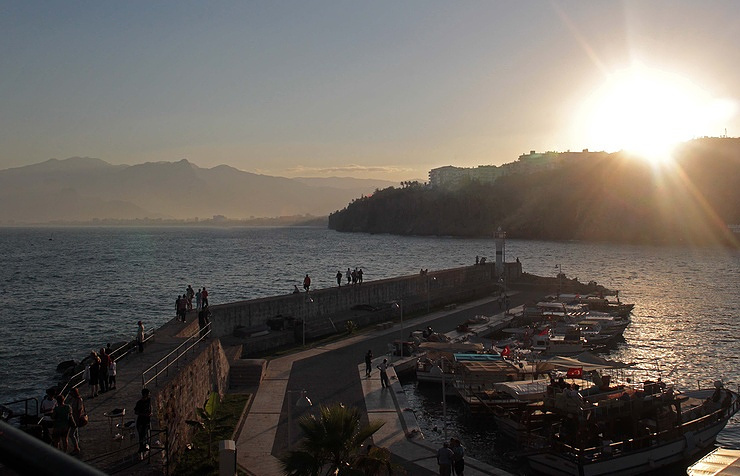 Russia’s Federal Tourism Agency (Rosturizm) said Thursday it has launched the process to restore cooperation with Turkey in the sphere of tourism.

“The ban on sales of tours to Turkey has been lifted. The Federal Tourism Agency is currently conducting work to restore cooperation with the Turkish Republic in the tourism sphere,” the statement said.

Special attention will be paid to issues of ensuring security of Russian tourists during their vacationing period in Turkey, the agency said.

Earlier, the agency recommended tourists, when planning trips to Turkey, to take into account the high level of terrorist threat in that country.

Russian President Vladimir Putin on Thursday lifted the ban on the sale to Russians of tours to Turkey, and instructed the government to adopt measures envisioning cancelation of the ban on charter flights between Russia and Turkey.

The decree on sanctions against Turkey was signed November 28, 2015.

The Turkish Air Force’s F-16 fighter on November 24, 2015 shot down a Russian Sukhoi Su-24M bomber, involved in Russia’s antiterrorism operation in Syria, that Ankara claimed violated the country’s airspace on the border with Syria.

Russia’s Defense Ministry said the Su-24M was above Syrian territory and “there was no violation of Turkey’s airspace.”

Pilot Oleg Peshkov was killed by militants from the ground after ejecting, the second pilot was rescued and taken to the Russian base.

The incident resulted in the severing of nearly all trade and economic ties between the two countries. Ankara refused to apologize for the downed jet and death of the pilot. Moscow put the blame for the incident on the Turkish authorities.

On Monday, June 27, Russian presidential spokesman Dmitry Peskov told journalists that President Tayyip Erdogan sent Russian President Vladimir Putin a message in which he apologized for the downed Su-24 plane and “underscored the readiness to do everything possible for restoration of the traditionally friendly relations between Turkey and Russia.”