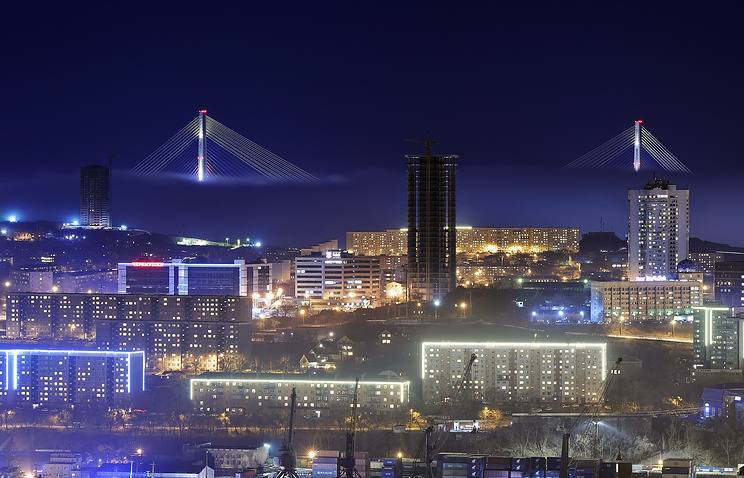 Business climate of Russia’s Far East region as well as the region’s integration with the countries of the Asian-Pacific region will be on the agenda of the 2nd Eastern Economic Forum (EEF), an official with administration of Russia’s Primorye region said on Monday.

“As part of the second EEF it is planned to review implementation of the mechanisms and tools that were created to promote the potential of the Far East region and its integration with the economies of the Asian-Pacific region. This will help us make some adjustments and set guidelines for the further development of the region,” Anton Kobyakov, presidential adviser and secretary of the organizing committee of the EEF said as quoted by the administration.

The first block of issues will deal with opportunities for investors. The region’s investment potential and business conditions as well as the state of transport and logistics, mining, tourism industries and land use will be presented.

The second block of issues will include preferences for investors. Experts will discuss the functioning of the territories of advanced development and the Free Port of Vladivostok.

The economic integration of Russia’s Far East in the Asia-Pacific regions will in particular include cooperation in energy and transport sectors.

The forum’s agenda also envisages several round table meetings: Russia-China, Russia – the Republic of Korea, ASEAN-Russia and the Russian-Japanese Forum.

Public-private partnership in the framework of territories of advanced development, access of foreign companies to the development of natural resources of the Far East are among the topics of discussion.

The events on the sidelines of the EEF will include the Forum of Governors of the Far East of Russia and north-eastern provinces of China, a meeting of representatives of the federal authorities on the development of the Far East, the Eastern Vector Public Council meeting, the ASEAN – Russia university summit, the APEC Educational Conference, a meeting of the Russian-Chinese Financial Council.

During the 2nd EEF forum new initiatives for the development of the Far East will be presented: the diamond center in Vladivostok, the Primorye entertainment and resort zone, Russian-Chinese agriculture fund and Primorye-1 and Primorye-2 transport corridors, the official with the Primorye administration said.

Primorye-2 will connect Posyet, Zarubino and Slavyanka ports in the southwestern part of Primorsky region with China’s provinces.

The first Eastern Economic Forum was held in Vladivostok in September of 2015. At the forum more than 80 large investment contracts were signed for the sum of more than 1.3 trillion rubles ($19.9 bln). Total investments on the basis of 22 agreements signed by the authorities of Primorye amounted to 100 billion rubles ($1.5 bln).

The second EEF will be held in September in Vladivostok. It is expected to gather at least 3,500 of representatives of the business world, governments, business associations, experts, heads of Russian regions, representatives of both chambers of the Russian parliament, federal agencies and departments.