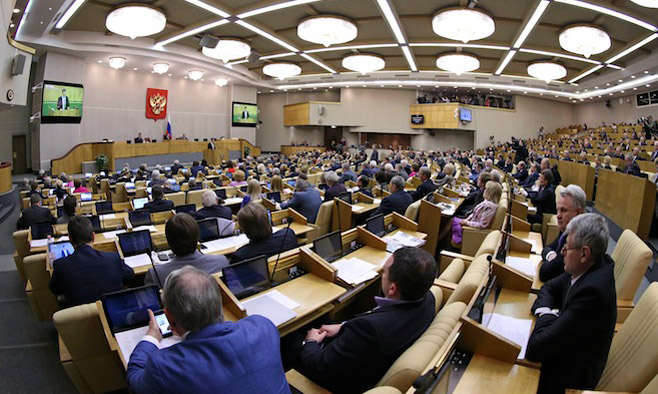 Russia’s lower chamber of parliament, the State Duma, approved the 2016 budget bill in its third and final reading on Friday, the RIA Novosti news agency reported.

RIA Novosti reported that 297 Duma deputies voted in favor the bill, with 149 against and no abstentions.

This year, Russia switched from a three-year to a one-year budget planning cycle amid an economic recession, with the Kommersant newspaper quoting high volatility in financial and commodity markets as the primary reason in a report Friday.

The budget bill is based on estimated inflation of 6.4 percent or less for the year, and projects the average price of Russian Urals oil at $50 per barrel. Russia’s Urals brand of oil typically trades at a discount to Brent, the international benchmark.