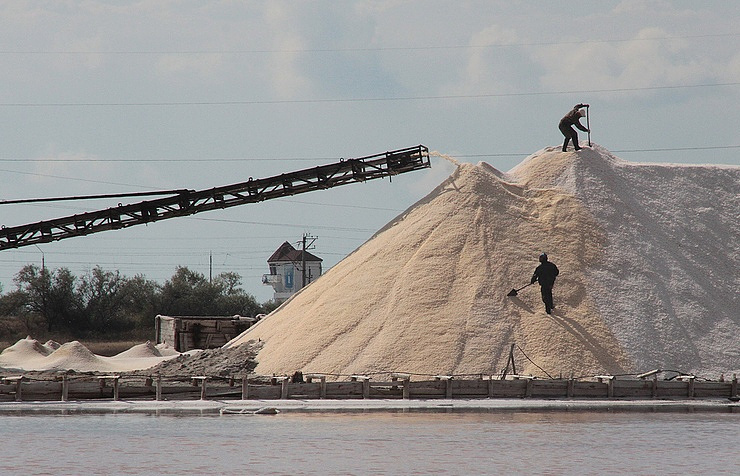 Russian producers are ready to increase the production of salt and completely cover the needs for it on the domestic market, salt import restrictions won’t lead to shortage of this product in the country.

The government has added salt to the list of products that are banned for import from the countries that imposed sanctions against Russia. The ban comes into effect on November 1, 2016.

Earlier, Russia’s embargo on imports in response to the Western sanctions covered meat, milk, vegetables and fruits, as well as a number of other foods.

In particular, Russol, the largest producer of salt in Russia which produces salt at the Iletsk field in the Orenburg region, on Lake Baskunchak in the Astrakhan region (south of Russia), on Usolsky deposit of salt in the Irkutsk region (Siberia), has backed the Cabinet in its decision to ban salt imports.

“I believe that Russia has enough salt and the government made the right decision,” the company’s general director Sergei Cherny told TASS.

Tyretsky salt mine, a company based in the city of Irkutsk is the main supplier of salt in Siberia and Far East region. It is ready to meet Russia’s domestic demand for salt by 90%.

According to the company’s general director company Mikhail Karamushka, with increasing demand for salt, mine is ready to simultaneously increase production by 20%. “Now the company produces about 500,000 tonnes per year, the market is quite stable and the embargo won’t lead to any pitfalls,” he said.

According to experts, currently the Turetsky mine company accounts for production of about 10% of salt consumed in Russia. The balance reserves of the company amount to 600 million tonnes.

In Crimea, the only local venture for production of sea salt using old recipes is ready to meet the demand for sea salt of both the Crimean peninsula and Russian regions.

“We produce about 20,000 tonnes per year, which is the largest production volume in the Crimea. We can also ensure deliveries to the mainland (to the regions of Russia – TASS),” Alex Turchenko, commercial director of the Galit company told TASS.

According to Russia’s Agriculture Ministry, the countries that came under Russia’s counter sanctions in 2015 accounted for 17.8% of the total supply of edible salt to Russia, as well as 63.9% of technical salt supplies.