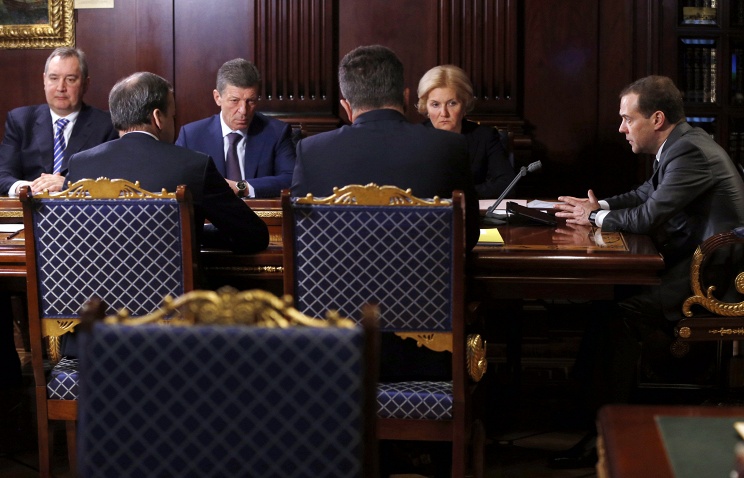 Russian Prime Minister Dmitry Medvedev approved financing for a range of major projects with government participation at the expense of federal target programs and the National Wealth Fund. The Prime Minister made such a statement on Monday at the meeting with his deputies.

“I have just recently approved the list of major projects, including infrastructural ones financed at the expense of federal target programs and the NWF – the National Wealth Fund,” Medvedev said.

Approved projects comprise construction of a central ring motorway, Moscow – St. Petersburg expressway, a bridge across the Kerch Strait, transport infrastructure of the Baikal-Amur and the Trans-Siberian Railroads and runways in a number of airports. Attention will also be focused on construction of sports facilities for the 2018 FIFA World Cup.